Ontario Ministry of Education cuts ties with WE, says will investigate contracts

TORONTO — The Ontario Ministry of Education says it will not renew its contract with We Charity and will investigate any expenditures to date.
Jul 31, 2020 6:52 PM By: Canadian Press 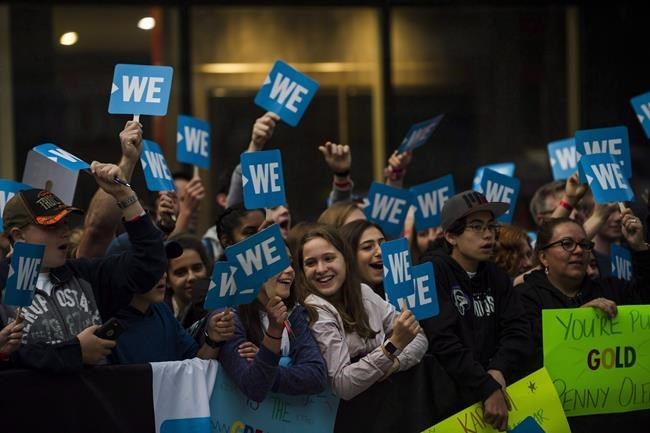 TORONTO — The Ontario Ministry of Education says it will not renew its contract with We Charity and will investigate any expenditures to date.

Alexandra Adamo, a spokeswoman for Education Minister Stephen Lecce, says the Ontario government is deeply concerned and troubled by the allegations that have been made against WE.

In an email, she says this is taxpayer money and hard working people in the province deserve to know that their money is delivering value.

Adamo says the allegations, which she did not specify, raise serious questions.

On June 18, the ministry announced that it would give WE Charity $250,000 for a year-long education program that aims to nurture empathy and compassion in students and increase student outcomes in academic engagement, workplace readiness, and citizenship.

Adamo said she believes that education may be the only Ontario ministry that has funded WE.

"These allegations raise serious questions," she wrote in an email Friday. "That is why the Ministry of Education has been directed to not renew the contract with WE and to investigate expenditures to date."

Earlier Friday, Prime Minister Justin Trudeau said he knew there would be problems with perception over having WE Charity run a $900-million student-volunteer program, but he believed there was no conflict of interest because his family would not benefit.

The prime minister testified Thursday that he didn't learn WE had been chosen by the public service to run the program until May 8, shortly before the arrangement was to be taken to cabinet for approval.

Trudeau said that's when he put the brakes on the deal.

Several sponsors have cut ties with the WE brand, including Royal Bank of Canada, Loblaw Companies Ltd., Good Life Fitness and Virgin Atlantic Airways, although WE has called the moves a mutual agreement.

This report by The Canadian Press was first published on July 31, 2020.