WATER VALLEY, Alta. — Alberta Fish and Wildlife Enforcement officers have captured a grizzly bear they say fatally attacked a woman while she went for an evening stroll on her property last week.
May 30, 2021 3:04 PM By: Canadian Press 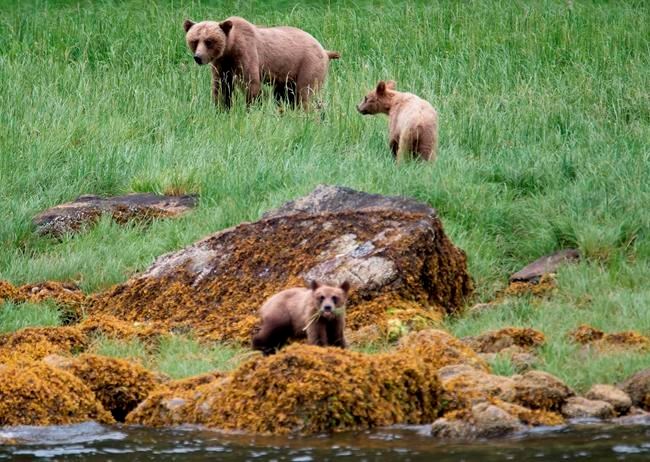 WATER VALLEY, Alta. — Alberta Fish and Wildlife Enforcement officers have captured a grizzly bear they say fatally attacked a woman while she went for an evening stroll on her property last week.

The government agency says the animal will be euthanized.

The agency says in a Facebook post that officers captured two large, mature female grizzlies on Saturday near the site of the attack near Water Valley, Alta. on May 25.

The post says one of the bears was lactating, but did not appear to be actively nursing due to the minimal volume of milk, and officers do not believe that she had cubs with her.

The other bear is a mature sow that was not lactating, and her teeth are extremely worn, which the post says suggests means she is an older and post-prime bear.

The post says officers obtained DNA samples from both bears, which were analyzed and confirmed that the older female grizzly with the worn teeth was responsible for the attack.

It also concluded that the bear was not the same animal involved in the fatal attack on a man in the Waiparous Village area earlier in May, about 25 kilometres south of where the woman was killed.

"The bear that killed the woman will be euthanized later today, in accordance with the grizzly bear response guide," the Facebook post stated.

"This decision is never made lightly, and when it is made, it is to prevent more attacks by that particular bear."

The post says the second bear will be released at a to-be-determined location. It says all traps will be removed from the area.

The woman's body was found partly buried, initially causing wildlife officers to fear the attack was predatory. However, wildlife officer Paul Frame said Friday that was not the case, as the behavior is similar to what is generally seen with a defensive attack.

Bear attacks are infrequent in Alberta, rarely totalling more than one a year, although there were three in 2005.

The Facebook post from Alberta Fish and Wildlife Enforcement says due to the unusually large number of bears still in the area, residents are urged to observe bear safety rules and guidelines.

"Doing so will help keep everyone safe by avoiding human wildlife conflict and prevent a similar tragedy from occurring," the post stated.

This report by The Canadian Press was first published May 30, 2021.