FORT MCMURRAY, Alta. — Cora Dion's voice echoes as she films a video showing what's left in the basement of her home in downtown Fort McMurray after several days of flood cleanup. The couch and chair are in the garbage.
May 10, 2020 7:00 AM By: Canadian Press 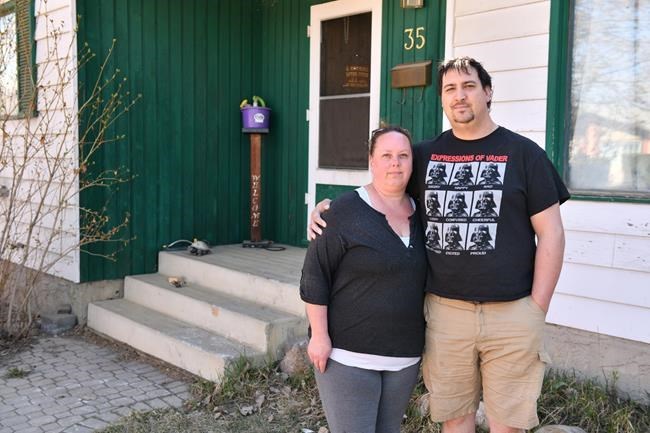 FORT MCMURRAY, Alta. — Cora Dion's voice echoes as she films a video showing what's left in the basement of her home in downtown Fort McMurray after several days of flood cleanup.

The couch and chair are in the garbage. The beige carpet has been ripped up. The teal-painted drywall and wood panelling has been pulled off the walls.

"Everything's gone," says Dion as she walks through the empty basement, which has been stripped to the concrete. "We've taken so many loads to the dump. It's insane."

Dion is one of about 13,000 residents forced to flee the northern Alberta city in late April when ice jams caused the Athabasca and Clearwater rivers to overflow their banks and cause major flooding.

It's the second time in the last four years that Dion and her family had to leave their home for a natural disaster. The first time was because of a destructive wildfire that caused the evacuation of the entire city.

The Dions didn't have damage after the fire, but this time they returned home to a flooded basement and no power.

"It was like an apocalypse," Dion said in an interview with The Canadian Press. "Everything we owned in the basement — there was nothing to be saved."

Dion, her husband and their two dogs, cat and a chinchilla can't stay in their home until it's safe. They don't expect their insurance policy will cover the damage.

The Dions aren't the only ones who can't go home — more than 3,000 people remain displaced.

Don Scott, mayor of the Regional Municipality of Wood Buffalo, said many of those homeowners either don't have insurance or won't have enough insurance.

"There is a huge issue in this region," he said.

On Friday, the Alberta government stepped up.

"We will be providing communities ... $147 million to help families, businesses and communities to recover and rebuild," said Premier Jason Kenney.

The Insurance Bureau of Canada said the flood was devastating for residents in northern Alberta.

She said 13 insurers offer overland flood coverage in Alberta, but it's an add-on to policies.

"Half of Albertans have actually opted in," said Power.

The option, she said, is further complicated for those who live on flood plains or in high-risk areas.

"Flood insurance there is usually much more limited or restricted because the likelihood of flood is so much higher," she said. "The policy would be unaffordable."

Power said a flood plain was affected in Fort McMurray so that would explain why there are so many people without insurance — a different situation than after the fire when many homeowners had insurance.

Therese Greenwood and her husband lost their home in the fire and rebuilt it, but she said they sold the new house and moved into a rented townhouse near the Clearwater River.

They were told to leave when the flood hit. This time they felt more prepared.

"We actually had an emergency kit packed ... and we spent a bit of time moving things up from the basement," said Greenwood.

In 2016, they had 15 minutes to get out as the fire threatened the edge of their neighbourhood.

"We took one carton of yogurt and a can of club soda — and that's all we had to eat for about 15 hours — so this time we made sure to take some food," she said. "We charged up the cellphone ... all the things that we didn't think to do the first time."

They returned after the fire to nothing.

"It looked like a moonscape. Even the barbecue burned to ash. The temperature must have been as hot as it could be."

In the flood, they lost what was in the basement — other than one box of Christmas decorations.

"We're calling it our Christmas miracle," she laughed.

Greenwood said they have to meet with their insurance agent to determine what's next, but she noted they won't make any major decisions until they can go home in a few months.

"At the moment, I am thinking of moving off the flood plain."

Although she knows the flood was harder on some people, she doesn't think it was as bad as the fire.

For Dion, the high water triggered difficult memories of the fire.

"It was actually pretty close to the anniversary," she said. "It was very, very stressful, but at the same time we had a plan (for the flood), so that was good."

Dion, whose daughters were 15 at the time, had to flee the city with her twins, four horses, three dogs and a cat. She only had a two-horse trailer so her daughters rode two of the horses on the busy highway until a kind stranger with a trailer offered to help.

"This time, I was (thinking) maybe the house won't be fine, but we're all fine," she said. "I was actually afraid for my life with the fire."

This report by The Canadian Press was first published May 10, 2020

— By Colette Derworiz in Edmonton.