OTTAWA — Former Conservative leader Andrew Scheer, whose dual U.S.-Canadian citizenship became an issue in last year's federal election, won't be casting a ballot in the upcoming American vote. Scheer had been in the process of renouncing his U.S.
Oct 28, 2020 7:34 PM By: Canadian Press 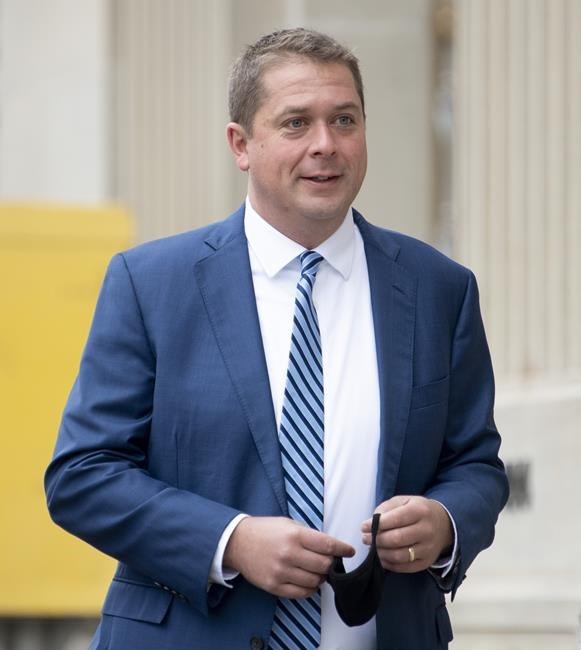 Scheer had been in the process of renouncing his U.S. citizenship ahead of the 2019 fall campaign.

But he ended that process after his party failed to form government and he subsequently stepped down as leader.

In the 2016 presidential election, there were approximately 620,000 Americans in Canada who were eligible to cast ballots, though only around 32,000 did.

Scheer was not one of them then either; he said last year he has never voted in U.S. elections.

Reached late Wednesday, Scheer confirmed he wasn't voting in this one either, but declined to discuss the issue further.

Scheer received American citizenship through his father, a fact that did not become broadly known until last fall's federal election because, he said at the time, no one asked him.

The issue dogged him during the campaign in part because as an MP in 2005, he had written a blog post about the fact Michaelle Jean, a dual Canadian-French citizen, was to be the next governor general.

A few years prior, one of the candidates for leadership of the Canadian Alliance — a precursor to the current Conservatives — was criticized heavily for being a dual U.S. citizen.

Scheer believed Jean's dual status didn't provoke the same level of outrage. In his post he wondered if the response would have been different if she'd been American.

The post made no mention of Scheer's own dual citizenship. Jean renounced hers prior to taking her post.

Scheer didn't take steps to renounce his until just before the 2019 election, a decision he made because he had a shot at becoming prime minister and he felt it was appropriate to drop his U.S. status, he said at the time.

But the Conservatives failed to defeat the Liberals and Scheer announced in December he was stepping down as party leader, pending the selection of his replacement.

"Given the fact that I won't be prime minister, I discontinued the process," he said in May.

Current Conservative Leader Erin O'Toole is not a citizen of any other country, a spokesperson said Wednesday.

This report by The Canadian Press was first published October 28, 2020.

Where will homelessness rise or fall? A federally funded AI has some predictions
Aug 3, 2021 1:00 AM
Comments