OTTAWA — The commission of the official leaders' debates for Canada's elections says one of the criteria for participating in the next set is parties must have at least four per cent of national support.
Jun 22, 2021 8:50 AM By: Canadian Press 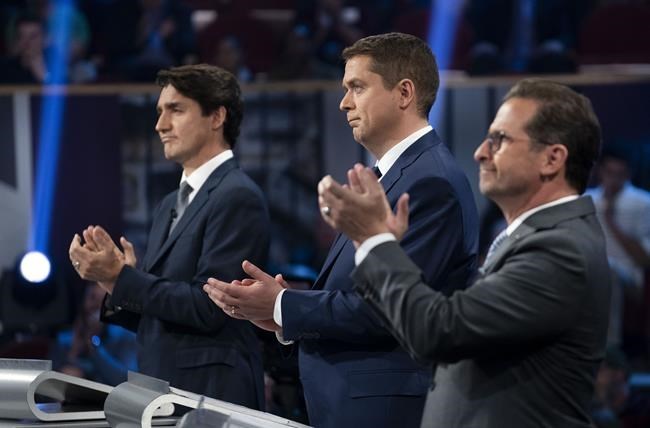 OTTAWA — The commission of the official leaders' debates for Canada's elections says one of the criteria for participating in the next set is parties must have at least four per cent of national support.

Leaders' Debates commissioner and former governor general David Johnston announced the eligibility rules for the next debates in French and English, while Ottawa swirls in possible election speculation.

The potential for a general vote hangs over Parliament as the Liberals hold a minority government and the House of Commons is prepared to break for summer.

Johnston says to be invited to take part in the next leaders' debates a political party must meet at least one of three requirements.

The first is to be represented in the House of Commons by someone initially elected under the party banner.

The commission says it will choose public opinion polls based on factors like methodology and organizational reputation.

Johnston said in a statement the criteria was informed by a review of the 2019 federal election debates and consultations with political parties and stakeholders.

"We also balanced both past electoral success and the possibility of future success," he said.

The criteria comes after there was some argument around whether the People's Party of Canada should have been included in the 2019 debates.

Founded by former Conservative MP and one-time leadership front-runner Maxime Bernier, the party didn't have any representation in the House of Commons at that time besides Bernier, who was initially elected as a Tory.

He was included in the debates after the commission did its own polling about the party's chances.

In the 2019 election, Bernier lost his seat and the PPC didn't win any ridings. It received less than two per cent of the popular vote.