OTTAWA — The Canadian Armed Forces is postponing the deployment of a warship and surveillance aircraft to help enforce United Nations' sanctions against North Korea because of the COVID-19 pandemic.
May 10, 2020 1:51 PM By: Canadian Press 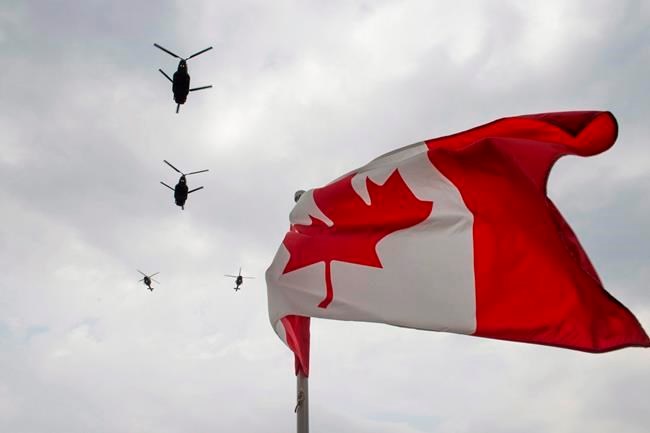 OTTAWA — The Canadian Armed Forces is postponing the deployment of a warship and surveillance aircraft to help enforce United Nations' sanctions against North Korea because of the COVID-19 pandemic.

The delay is one of numerous changes the Armed Forces is making to its overseas missions following a detailed analysis of the roughly 20 operations that the military is either already conducting or which were due to begin in the coming months.

"We conducted a detailed analysis of our operations to determine whether further adjustments were required to protect our personnel while ensuring continuity for critical tasks," Forces' spokeswoman Capt. Leah Campbell said in an email.

"Following this review, we adjusted some of our operations. These adjustments range from delaying the deployment of some capabilities, to amending the number of CAF personnel deployed, to modifying the length of deployments while the risks of COVID-19 remain present."

The new changes follow an earlier decision to withdraw Armed Forces members from Iraq, scale back Canada's military training mission in Ukraine and bring back several warships from different parts of the world.

They also come as the federal government is deploying the majority of the military's medical personnel to help with long-term care facilities in Quebec and Ontario that have been hit hard by COVID-19.

The Halifax-class frigate HMCS Calgary and a CP-140 Aurora patrol plane were scheduled to head across the Pacific this month, the latest iteration in Canada's ongoing contribution to the international effort to prevent North Korea from expanding its nuclear arsenal.

Yet Campbell said the deployment has been "deferred" for an unspecified amount of time.

The same is true for Canada's contribution of a C-130 Hercules transport plane to UN operations in Africa. The aircraft has been based out of Uganda for five days per month since late last year, carrying supplies, peacekeepers and equipment to different missions in the region.

The Armed Forces has also suspended military training efforts in the West Bank, where it is helping the Palestinian Authority build its security forces, and relocated some troops from one area in South Sudan to another.

It has also curbed its support to a French counter-terrorism mission in West Africa, where Canada has been providing a heavy aircraft on an occasional basis to help transport troops and equipment, and cancelled plans to send military trainers to Niger this spring.

The military is also keeping troops on some missions in place longer, rather than replacing them with fresh Forces members as planned. Those include nine Canadian peacekeepers in the Democratic Republic of Congo, 10 in South Sudan, and 55 in the Sinai Peninsula.

"The decision to delay or adjust the number of personnel deployed on select missions was a balance between weighing the acceptable risk factors for our personnel, our ability to sustain the mission, and the impact any changes would have on the mission itself," Campbell said.

"For some operations, this decision is the result of a pause in operational activities by the host or partner nations. In others, it is preferable to delay the movement of forces in and out of missions at this time."

The changes to overseas missions come as hundreds of Armed Forces members are preparing to work — or already working — in long-term care facilities in Ontario and Quebec that have been hit hard by COVID-19.

Defence Minister Harjit Sajjan last week said the military would have 1,350 service members in 25 long-term care facilities in Quebec by mid-May and another 265 in five institutions in Ontario.

Many other troops are currently remaining in their homes in case to stay healthy in case they are required to assist with spring flooding or wildfires across different parts of the country.

This report by The Canadian Press was first published May 10, 2020.