CALGARY — A retired couple stranded in India by the COVID-19 pandemic were killed and robbed before they could get on a flight back to Canada.
Jun 3, 2020 3:52 PM By: Canadian Press 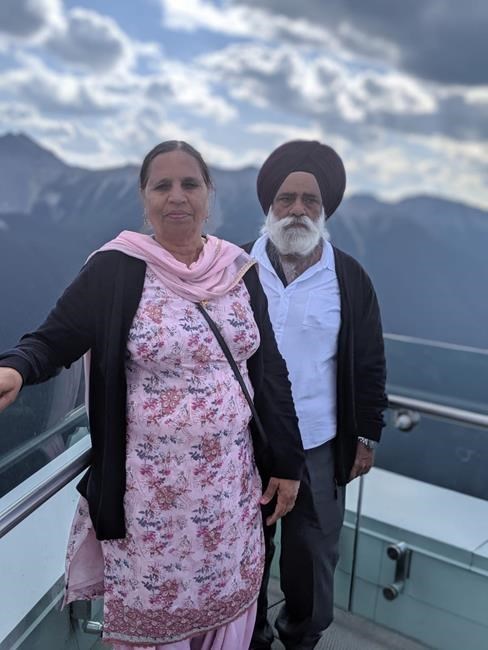 CALGARY — A retired couple stranded in India by the COVID-19 pandemic were killed and robbed before they could get on a flight back to Canada.

"It's a tragic loss that we will never be able to refill with anything else," their son-in-law, Kam Rathore, said Wednesday.

He said Kirpal Minhas, 67, and his wife Davinder, 65, travelled to the Punjab region of northern India in November to check on properties they owned there.

It was the first trip back for the permanent residents, who used to run a transportation company, since they came to Canada in late 2016.

Rathore said his in-laws were scheduled to fly home to Calgary in early April, but that flight was cancelled as the pandemic ground almost all global air travel to a halt.

He said family tried registering them online for a Canadian government repatriation flight, but couldn't because they were not citizens.

Loved ones booked them on another flight arranged through a Vancouver volunteer group in late April, but that, too, was cancelled.

"At that time, there was no fear for their life," said Rathore, who added that family were hoping to arrange another flight soon.

Two Canadian-assisted flights are scheduled to leave Delhi for Toronto on June 12 and 15 and are open to citizens, permanent residents and those who obtained confirmation of permanent residence before March 18.

The couple's two sons reside in the United States — one in Austin, Texas, and the other in New York — and their two daughters live in northeast Calgary. The couple lived with one of them.

The children were in frequent contact with their parents while they were overseas.

"Since they landed in mid-November, there was a habit of checking on them for even two minutes or five minutes daily, in the morning and in the evening," said Rathore.

He said his wife became concerned when her parents didn't return her calls Friday. She asked neighbours in India to check in on the pair. Relatives got word Saturday morning of their deaths.

Rathore said he's been told police have arrested a tenant, who was taking care of one of his parents' properties, and two other men, but charges have not been laid.

He said jewelry, cash, bank cards and phones were taken. Police told him the suspects had been watching his parents' daily routines for a while.

Rathore said he was told three men overpowered his father-in-law in his bedroom between 7:30 and 8:30 on Friday night and stabbed him multiple times.

He said he understands his mother-in-law was out for a walk, but the assailants were hiding in the home when she returned 15 to 20 minutes later. She was attacked and strangled, Rathore said.

Extended family in India arranged for the couple to be cremated in the Sikh tradition on Tuesday. Their children in North America were devastated to not be able to pay their final respects in person due to ongoing novel coronavirus travel restrictions, Rathore said.

He said he's grateful to police in the northern Indian city of Phagwara for making the arrests so quickly.

Under the Canadian Consular Services Charter, only Canadian citizens are eligible for consular assistance.

"We offer our sincere condolences to the family and loved ones of two Canadian permanent residents who died in India," Global Affairs spokeswoman Angela Savard said in a statement.

"Due to the provisions of the Privacy Act, no further information can be disclosed."

This report by The Canadian press was first published June 3, 2020

Note to readers: This is a corrected story. An earlier version said Kirpal and Davinder Minhas were killed on Saturday