EDMONTON — Leaked advice on proposed Alberta curriculum changes suggests the legacy of residential schools is too upsetting to be taught to young children, but the chairman of the Truth and Reconciliation Commission says there's nothing to support th
Oct 21, 2020 4:48 PM By: Canadian Press 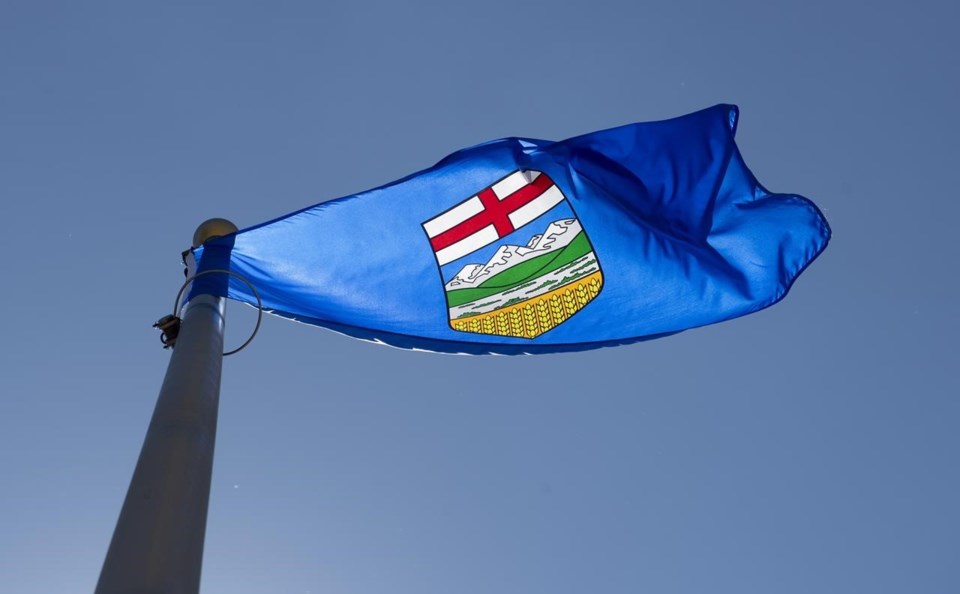 EDMONTON — Leaked advice on proposed Alberta curriculum changes suggests the legacy of residential schools is too upsetting to be taught to young children, but the chairman of the Truth and Reconciliation Commission says there's nothing to support that view.

"It can be developed and taught to children at a young age very easily without emotionally damaging them or impacting them," Sen. Murray Sinclair said during an online conversation Wednesday with the Assembly of Manitoba chiefs.

"There is no situation that's ever occurred that I'm aware of where there has been a complaint that the children are negatively impacted or damaged by the experience."

CBC News obtained proposed social studies curriculum changes for kindergarten to Grade 4 that recommend the subject be taught to older children and not be centred on Indigenous people.

"The ugliness of Dickensian schooling, boarding schools, 19th-century discipline methods, and residential schooling that applied to some Indigenous kids, can probably best be saved for later when learners are more mature and are less emotionally vulnerable to traumatic material," reads the document posted on CBC's website.

"For example, there could be a Grade 9 unit about benign vs. harsh schooling in the past, inclusive of all cultures not only Indigenous, but with regard to the particular problematic of residential schooling even if it applied only to a minority of Indigenous children."

An estimated 150,000 Indigenous children attended Canadian residential schools until the last ones closed in the 1990s. Many survivors shared the ongoing trauma the experience caused when they appeared before the commission.

Thousands died in the institutions and the commission's report in 2015 described the Canadian government's long-running policy of removing Indigenous children from their communities as cultural genocide.

Sinclair noted survivors have shared their stories with young children in schools, and that many children attended Truth and Reconciliation events.

In its calls to action, the commission' said ministers of education should include the history and legacy of residential schools in kindergarten to Grade 12 curriculums.

The recommendations for Alberta's kindergarten to Grade 4 curriculum do include that students be taught about ancient Rome, battles of the Middle Ages and slavery in the Ottoman Empire.

They also advise that the concept of equity not be taught because it is "ideologically loaded" and "probably a politically partisan and charged buzzword."

Adriana LaGrange, education minister in the United Conservative government, said Wednesday that the proposed changes aren't final and will be brought before a working group of teachers later this fall.

"Advice is just advice," she said at the Alberta legislature.

"The curriculum department is working with the advice it's been given. That being said, we may take it; we may not."

LaGrange said learning about the Truth and Reconciliation Commission should be "non-negotiable" in schools, but did not specify at what age residential schools should be taught.

During question period in the legislature, Premier Jason Kenney was asked about the proposed changes and said Champion has a PhD from McGill University in Montreal and has taught at many leading universities.

"(He is) a respected Canadian historian — one of many people who are offering input into the content of the revised curriculum, which will obviously include material about the Indian residential schools in Canada."

Melissa Purcell, staff officer for Indigenous education at the Alberta Teachers' Association, said the recommendations cannot be taken seriously and must be rejected.

“The Indian residential school system was created to erase the cultures, histories, languages, and perspectives of Indigenous peoples within Canada, and these recommendations perpetuate that erasure," she said in a statement.

"The recommendations perpetuate systemic racism through whitewashing of the draft curriculum."

Association president Jason Schilling said he wrote to LaGrange to request a meeting on the government's curriculum review and was rejected.

Richard Feehan, Indigenous affairs critic for the Opposition NDP, said the UCP government picked the advisers it did because it thought they would give advice worth taking.

"In this case, they seem to have brought people to them that have this racist attitude toward Indigenous people."

NDP education critic Sarah Hoffman said she doesn't buy LaGrange's assurances that the recommendations are no more than advice.

"I think she's proven over and over again that she can't be trusted to keep her word."

This report by The Canadian Press was first published Oct. 21, 2020.

— By Lauren Krugel in Calgary. With files from Kelly Geraldine Malone in Winnipeg, and Fakiha Baig and Colette Derworiz in Edmonton