Statistics Canada reports manufacturing sales up 1.5 per cent in September

OTTAWA — Manufacturing sales rose 1.5 per cent to $53.8 billion in September, led by the wood, chemical and food industries, Statistics Canada said Monday. The increase followed a revised drop of 1.4 per cent in August compared with the 2.
Nov 16, 2020 7:33 AM By: Canadian Press 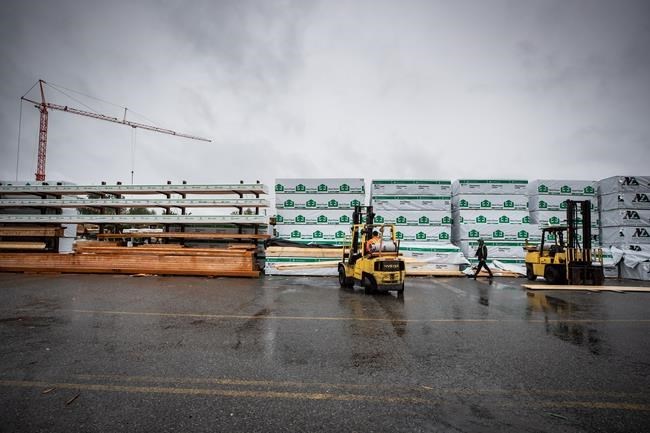 The increase followed a revised drop of 1.4 per cent in August compared with the 2.0 per cent decrease that was initially reported.

The result for September matched the average expectations of economists surveyed by financial data firm Refinitiv.

"There are many positives in September's manufacturing sales report, including the return to positive sales growth, the broad-based increase across most provinces, and the encouraging forward-looking indicators," TD Bank economist Omar Abdelrahman wrote in a report.

"However, like other economic data, the recovery in manufacturing activity is losing steam as the economy enters the 'recuperation' phase."

Statistic Canada said manufacturing sales in September were still 3.6 per cent below their pre-pandemic levels in February.

"As we note in a recent report, the sector is being held back by business-oriented industries, as elevated uncertainty weighs on investment decisions. Recent news of two potential vaccine candidates suggests that there are better days ahead for the manufacturing sector and the economy as a whole," Abdelrahman wrote.

Statistics Canada said manufacturing sales rose in 13 of the 21 sectors as the wood industry climbed 9.6 per cent in September to a record $3.3 billion due to higher sales at sawmills and wood preservation manufacturers.

The chemical industry rose 6.7 per cent to $4.5 billion, while the food industry increased 1.3 per cent to $9.2 billion for the month.

Sales in the miscellaneous industry fell 4.8 per cent in September.