TORONTO — Canada's main stock index had its best day in 14 months as North American stock markets rebounded strongly on expectations that central banks will cut interest rates in order to offset the economic damage caused by the spread of the novel c
Mar 2, 2020 2:28 PM By: Canadian Press 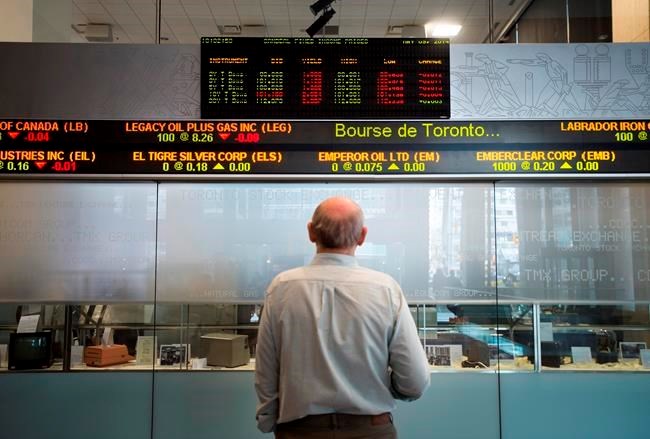 TORONTO — Canada's main stock index had its best day in 14 months as North American stock markets rebounded strongly on expectations that central banks will cut interest rates in order to offset the economic damage caused by the spread of the novel coronavirus.

"It's driven by some brewing expectations that central banks are going be willing to step up with additional stimulus measures as a way to support the economy through this coronavirus-induced slowdown," he said in an interview.

The Bank of Canada is expected to start the cutting at its regular meeting on Wednesday, ending a protracted pause while other global central banks cut their rates.

The U.S. Federal Reserve is expected to act later in the month although some advisers to U.S. President Donald Trump reportedly want the Fed to hold an emergency meeting.

The cuts are expected even though monetary policy is best used to stimulate demand, not disruptions to supply and labour, said Fehr.

"So I don't know that monetary policy can solve all the ills at this stage but if at a minimum it gives some comfort to the equity markets and soothes out some of this extreme volatility I think there is some benefit to that."

Some observers are expecting a half percentage point cut by the Bank of Canada, Fehr said.

However, he sees a 25 basis point cut as most likely since the bank finds itself walking a fine line between anaemic economic growth and trying to avoid rate cuts that will further stoke the housing markets of some of Canada's largest cities.

The one-day market recovery came after markets tanked on an escalation of worries that COVID-19 cases were spreading to the developed world with great potential economic implications.

"I think this is going to continue to be a situation that unfolds in real time and markets are likely to react in real time to the incremental news."

The Canadian dollar traded for 74.87 cents US compared with an average of 74.47 cents US on Friday.

All 11 major sectors of the TSX were higher, led by interest-sensitive sectors such as telecommunications, utilities and real estate.

BCE Inc. climbed 5.1 per cent followed by Rogers Communications Inc. at 4.1 per cent.

"It's reasonable that as the news continues to come in around the spread of new cases and the potential implications to the economy I think it's likely that we'll see equity markets bounce around, if not be weak again."

This report by The Canadian Press was first published March. 2, 2020.