TORONTO — CPP Investments has a cautious outlook for the months ahead despite strong returns through the July-to-September period, with net assets up $22.3 billion or five per cent from the previous quarter.
Nov 16, 2020 10:10 AM By: Canadian Press 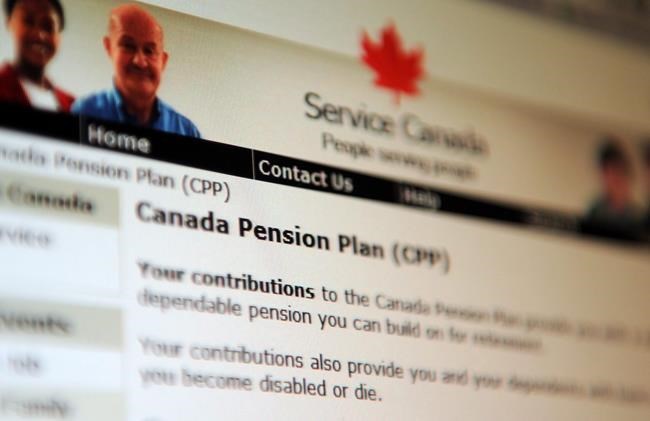 TORONTO — CPP Investments has a cautious outlook for the months ahead despite strong returns through the July-to-September period, with net assets up $22.3 billion or five per cent from the previous quarter.

The independent investment manager for the Canada Pension Plan said Monday it had $456.7 billion in assets as of Sept. 30, up from $434.4 billion at the end of June.

Most of the growth came from $21.6 billion in net income from investments. In addition, there was $700 million in net contributions from the Canada Pension Plan.

The Toronto-based fund attributed growth during the second quarter to a continued recovery of public equity markets in July and August, which affected both its publicly traded and private equity holdings. Those gains were partly offset by a retreat of public markets in September amid concerns about further COVID-19 lockdowns.

Chief executive Mark Machin said all the fund manager's investment departments generated positive returns during the quarter but the organization remains cautious given the uncertain economic fallout of COVID-19.

"Our investment professionals continue to pursue opportunities that will bring value to the Fund over the long term,” Machin said Monday in a statement.

Canada's chief actuary has estimated CPP Investments needs an average real rate of return of 3.95 per cent over 75 years to meet its financial obligations.

Publicly traded equities owned by CPP Investments were worth a total of $143.6 billion, representing nearly one-third of the total portfolio. Compared with CPP Investments' second-quarter report last year, that was up about $13 billion or nine per cent.

Private equities, which aren't traded on stock exchanges, were worth $112.2 billion, or about one-quarter of the total portfolio as of Sept. 30. That was up $13.3 billion or nearly 12 per cent year-over year.

Real assets, including real estate, infrastructure, energy and resources, and power and renewable energy, were worth a total of $98.3 billion, up $800 million or eight per cent.

Government bonds were worth $97.4 million (up $6.7 million or nearly seven per cent) from last year's fiscal second quarter..