The new season begins tonight for the UNBC Timberwolves men's basketball team and if they're looking for a gauge to measure their progress in the U Sports Canada West conference, the Calgary Dinos will no doubt provide it in a two-game series at the
Oct 27, 2017 10:49 AM By: Ted Clarke 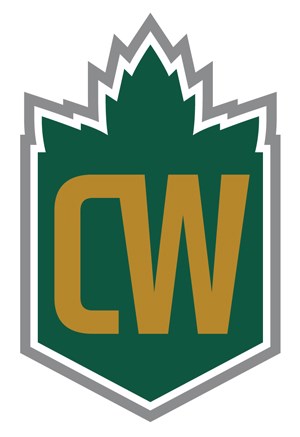 The new season begins tonight for the UNBC Timberwolves men's basketball team and if they're looking for a gauge to measure their progress in the U Sports Canada West conference, the Calgary Dinos will no doubt provide it in a two-game series at the Northern Sport Centre.

The Dinos have dominated Canada West opponents the past two seasons, compiling a 33-7 record over that time and they still have four of the 12 players from the team that won the 2016 Canada West championship.

Now entering their sixth season competing in the university league, the Timberwolves have plenty of room for improvement, coming off back-to-back 4-16 seasons in which they placed 15th out of 17 Canada West teams.

But with more size underneath the hoop and the addition of skillful recruits Jovan Leamy (Ryerson University), Jesse Mushiana (Capilano University) and Adam Pahl (Foothills Composite) and a couple of familiar faces, UNBC head coach Todd Jordan figures T-wolves fans will have a lot more to cheer about this season.

"We're a much different team than what we were last year, we've got six new guys on our playing roster and a few of them have been with the team in the past," said Jordan.

"We're a bit bigger for sure. Jesse Mushiana is a bigger body (six-foot-seven) who can finish inside and it helps give us some depth there and Adam Pahl is a high school kid we brought in from Calgary. He's six-seven and he's a really talented kid and I think he's going to be a big-time guy for us the next few years."

One of those names from the past is forward Dan Stark, a Kelly Road secondary school grad back for his fifth season. Stark red-shirted last year and has since graduated but is back in school to play one more season.

"He's a really intelligent player and he just brings an understanding of the game and lots of leadership to our young guys," said Jordan. "He does a lot of the little things that don't show up on the stats sheet but helps us be successful, particularly on the defensive end."

Leamy, a six-foot-four wing, has two seasons of American university experience at Lindenwood, Ill., and Wiliston State, N.D. The 23-year-old native of Toronto played one game last season with the Ryerson Rams, the eventual Ontario league champions. In 2012, the year he graduated high school, he was ranked in the top 100 prospects in Canada by North Pole Hoops.

"He's going to make a huge difference for us, he's a great athlete," said Jordan.

Leamy won't be eligible to play for the T-wolves until the Nov. 10-11 weekend when they host UBC.

Another T-wolf to watch this year is guard Volodymyr Pluzknikov, a second-year product of Khariv, Ukraine.

"He's a six-foot ball of muscle, he can really shoot the ball and he's one of the most fundamentally-sound players I've ever had," said Jordan, about to begin his eighth season at the helm at UNBC. "He's capable of putting up a 20- or 30-point night. He'll be one of our leaders for sure."

Guard Nolan Hanson is also back in the UNBC lineup for his fourth year, two seasons after he blew out his ACL. The six-foot-one Hanson, a former College Heights Cougar, attempted a comeback last year but his knee didn't stand up to the test. Kyler Eckess, a second-year guard from Prince Rupert, is also on the UNBC roster

Hokanson, a third-year player from North Vancouver, likes what he's seen so far from his T-wolves teammates.

"I think we have a lot of team chemistry, even though it's so early in the season," said Hokanson. "Everyone moves the ball unselfishly, and it doesn't matter who scores, as long as we are winning games. We had a good, hard preseason, and I think we are ready to get it started.

"If we can get a packed, loud crowd in (the NSC), I think it'll be a huge advantage for us. It can rattle the other team and really give us more energy. We are ready. We are going to come in firing on all cylinders."

Forward Austin Chandler, who played injured most of last season, had ankle surgery in the summer and although he's still listed on the UNBC website he won't be back for his fifth year this season. That will free up more court time for Vaggelis Loukas, who set the pace as the T-wolves top rebounder last season, averaging 7.1 per game.

"We have a lot more depth to us and I think we'll be improved from last year - it's a very different-looking squad," said Jordan. "The preseason results were kind of mixed bag for us. We only played a couple U Sports teams and a bunch of (B.C.) college teams. We definitely don't get an easy start with Calgary, they're going to be one of the top teams in the conference this year and this is a good test to see where we are."

Game time for the men tonight is 8. Saturday's rematch starts at 7 p.m.