Kings to play Langley in Kitimat 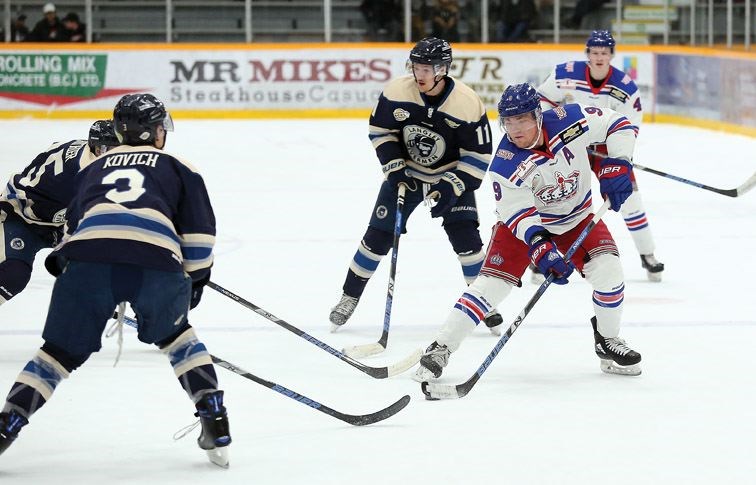 The BC Hockey League announced Thursday that their league would be piped into a neutral site arena for a special weekend of action in a community that doesn't get to regularly watch hockey at the BCHL level, all thanks to a partnership with LNG Canada.

The new LNG Canada Road Show has the Prince George Spruce Kings front and centre of the action.

The games will be held Feb. 15 and 16 at Kitimat's Tamitik Arena. Kitimat is the site of LNG Canada's state of the art shipping facility for liquefied natural gas.

As part of the event, in conjunction with the Canucks Alumni, the BCHL will also conduct a one-day youth hockey clinic for the Kitimat community that will involve on-ice activities as well as an autograph session with BCHL and Canucks alumni players.

"We are extremely excited to bring BCHL hockey to the community of Kitimat," said Hebb. "This event is a great way for us to showcase our BCHL talent outside of our 17 local markets and reach hockey fans that might not be able to attend our games."

The partnership with LNG Canada drills deeper than the Road Show weekend. The two organizations also announced Thursday that the natural gas company, currently engaged in the largest private sector infrastructure investment in Canadian history, would also sign on as a BCHL Founding Partner. Part of that includes a $2,500 scholarship each for the post-secondary education of 10 minor and BCHL players, again in partnership with the Canucks Alumni organization as well.

"We are pleased to support an initiative that brings communities together and encourages young people to be active," said Susannah Pierce, director of corporate affairs with LNG Canada. "And because we believe that communities thrive when citizens volunteer their time, LNG Canada will also present the Volunteer of the Month Award, which we will award to a team or league volunteer that demonstrates dedication to their team, the league or the sport."