It's taken them all season but the UNBC Timberwolves have found the win column.
Oct 18, 2015 6:59 PM By: Citizen Staff 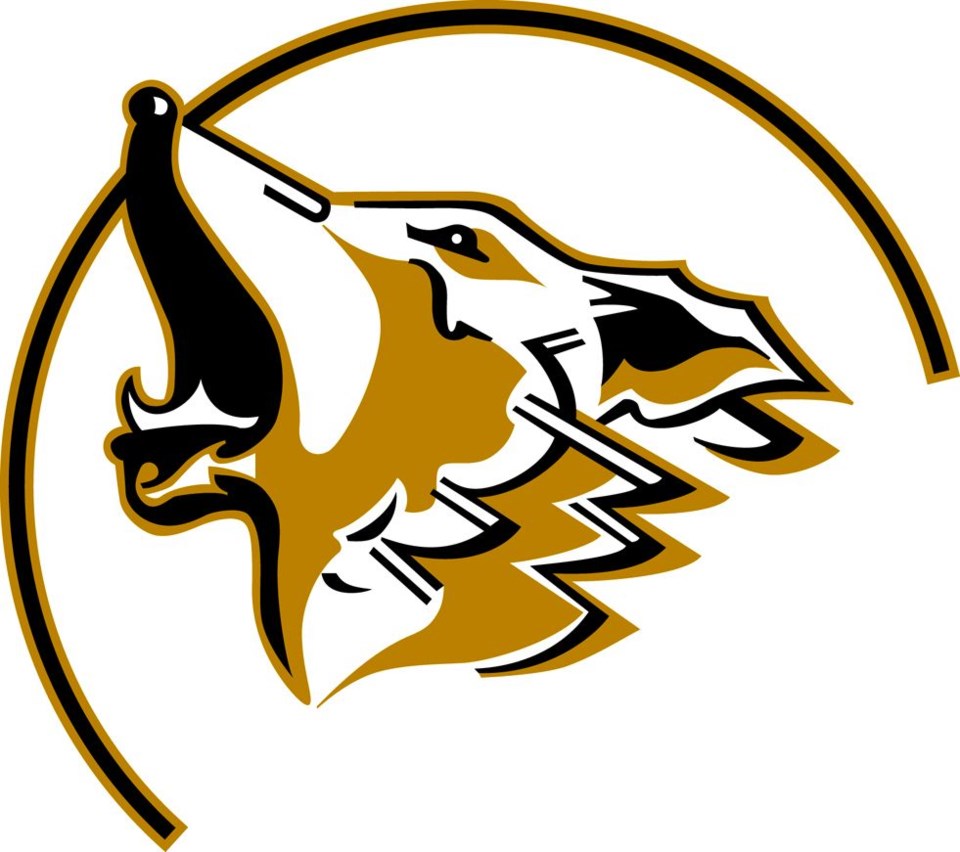 It's taken them all season but the UNBC Timberwolves have found the win column.

Sunday in Regina, centre midfielder Sydney Hall scored 2:46 into the game and she collected her second of the game at the 84-minute mark lift the T-wolves to a 2-1 CIS Canada West women's soccer victory over University of Regina Cougars. The 22-year-old graduating senior now leads UNBC with four goals in her final CIS season.

The T-wolves started the weekend Saturday in Saskatoon with a 3-0 loss to first-place Saskatchewan Huskies. Janelle Zapski, with two goals, led the Husky attack. Leesa Eggum also scored. Saskatchewan peppered Jordan Hall with four shots in the opening 45 minutes and five in the second half and held UNBC without a shot. The Huskies took 20 shots in total.

UNBC will be in Kelowna Saturday to play UBC-Okanagan and travels to Kamloops to face Thompson Rivers University on Sunday.

Meanwhile in men's soccer action over the weekend, UNBC lost both its games in Langley to the Trinity Western Spartans. Matthew Roxburgh led the Spartan cause Friday night with two goals and added an assist in a 4-0 victory. Jarvis Ambaka and Mitchell Urzinger also put balls into the UNBC net defended by Ty Venhola, who made five saves in the game.

In the rematch Saturday, Ambaka broke a 1-1 deadlock in the 90th minute with his third goal of the season, scoring on UNBC goalie Mitch MacFarlane. Conrad Rowlands staked UNBC to the lead 43:51 into the game, set up by Matt Jubinville. Urzinger tied it early in the second half.

The loss dropped UNBC's record to 1-9-0, while Trinity Western (5-3-2) moved into a second-place tie with Fraser Valley.

The UNBC men will return to the road to play a two-game set against Thompson Rivers in Kamloops Saturday and Sunday.