Do you need help picking out a costume?

If you’re obsessed with Prince George like us, then maybe you’ve thought of featuring some aspect of the city in your Halloween costume this year?

If you love Prince George, Halloween and still need a costume idea, then this is the list for you!

Keep in mind, these are just ideas and the final execution of the costume will be up to your interpretation and craftiness. 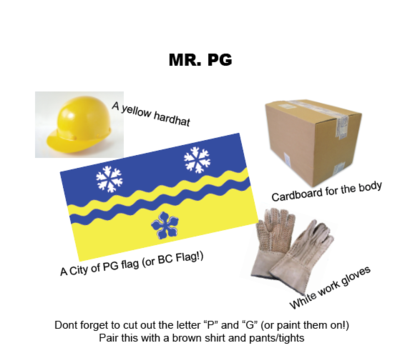 Mr. PG is probably the most iconic Prince George Halloween costume idea there is!

The great thing about dressing up as Mr. PG is that it won’t break the bank, and it’s sure to get you noticed.

All you need is some cardboard, a yellow hardhat, maybe work gloves or a civic inspired flag and a little ingenuity.

You could also turn this into a couples’ costume if you add a Mrs. PG into the mix! 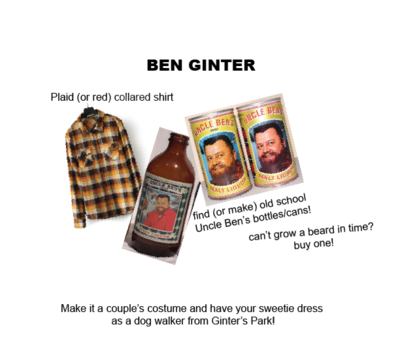 Ben Ginter is a prominent fixture in Prince George history.

What’s left of Ginter’s Mansion still remains in the dog park that now bears his name.

Not only was he a character, but he was a big innovator in the B.C. brewing industry founding Pacific Western Brewing (PWB) as he was the first to sell beer in pull-tab cans and the first to offer deposit refunds.

This costume is also super easy to pull off as all you need is a plaid shirt, a beard and a DIY vintage Uncle Ben’s beer can. 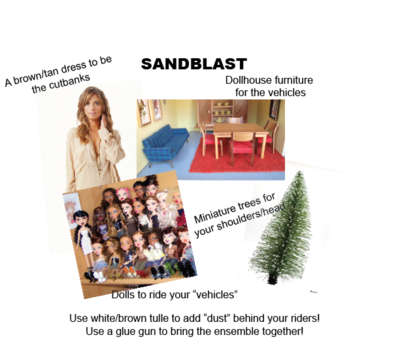 Another great and unconventional moment of Prince George’s past is the city’s now-defunct Sandblast event.

A well-executed costume inspired by the Sandblast could possibly win you a costume contest, but, of course, only if everyone voting happened to grow up in Prince George and knew what you were going for.

You could dress up as a skier covered in dirt, or re-create the entire landscape of the couch-crash in miniature items glued onto light brown clothing. 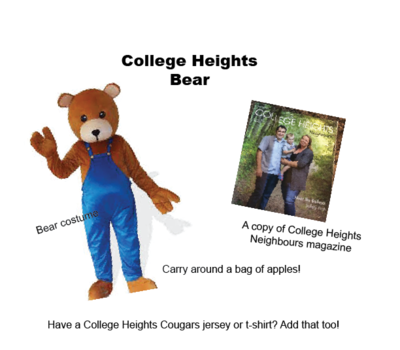 So, why not put a little twist onto your everyday bear costume and be a bear local to Prince George.

Just make sure to carry around a bag of apples all night. 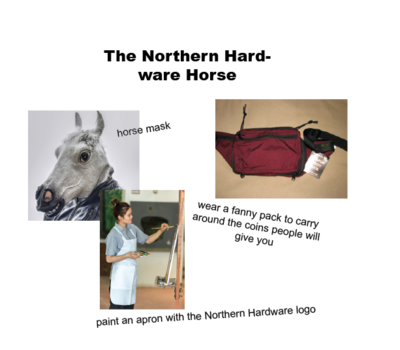 If you grew up in Prince George, then you’ve had a 10-cent ride on the Northern Hardware horse.

This costume is also super easy!

Grab one of those rubber horse masks and a red apron and attach the Northern Hardware Logo and you’d be good to go. 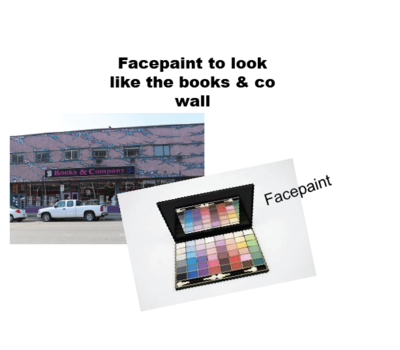 If you want to do something a little more abstract, but still Prince George local, how about the Books and Co. wall?

It’s one of the most recognizable buildings in town not just because it’s home to a wonderful bookstore and café, but because of its distinct purple design.

All you have to do is wear a purple outfit, grab some facepaint and you have a costume. 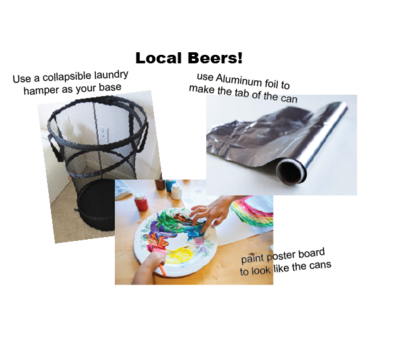 Do you love CrossRoads, Trench Brewing, or Cariboo so much you want to dress as a beer can featuring your favourite brew?

This costume can be easily achieved with some paint and a few household items. 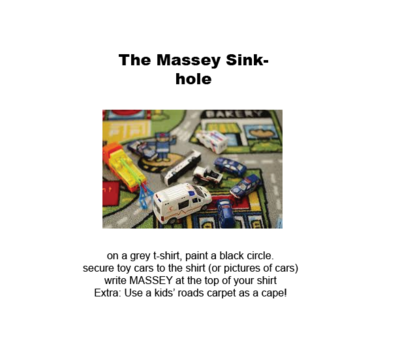 For months last year, the residents of Prince George lived with a giant hole, the result of four sinkhole incidents because of a failed pipe, during repairs at the intersection of Carney Street and 20th Avenue near Massey Drive.

Although the sinkhole is now repaired, what was once a seemingly never-ending saga could make a great Halloween costume idea.

Wear black or grey clothing and decorate your shirt with a big circle, toy cars, construction-type imagery and a big street sign. 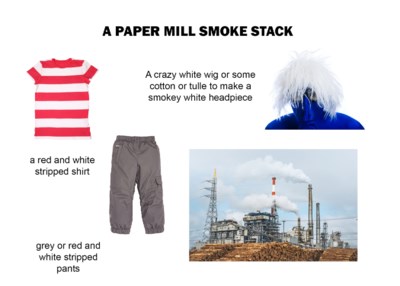 Prince George is known for its pulp mills, so if you want to embrace one of the industries that built the city, why not pay homage to it in your Halloween costume selection?

All you have to do is wear a red and white striped shirt, have some kind of smoky hair and maybe wear a sign that says, “That’s the smell of money.” 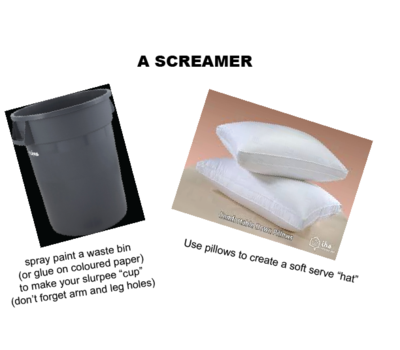 It’s like the non-alcoholic version of your favourite beer costume.

Screamers, the treat featuring a slushy-topped with softserve ice cream is a Prince George delicacy.

For this one paint a Mr.G's logo on a slushy costume and fashion something to represent the ice cream.

You’re going to have to have dedication for this one because it’ll be quite bulky. 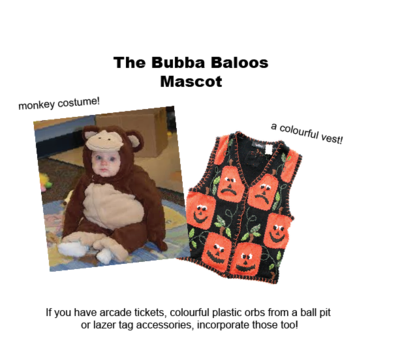 Bubba Baloo’s was northern B.C.'s largest indoor playground and the place where many childhood memories were made.

The mascot was a monkey named Bubba. 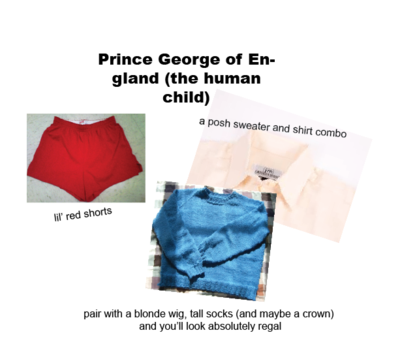 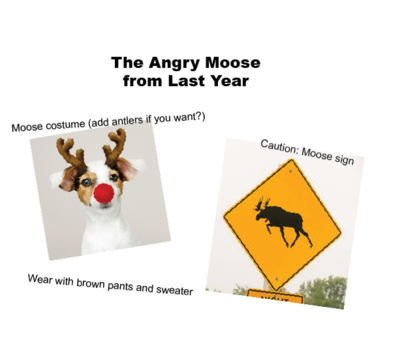 Last winter, the city had to warn residents about an aggressive moose hanging around Ginter’s dog park.

The moose continued to wander around the area and a dog and its owner were even injured.

This costume would also be pretty easy to create as all you would need would be some antlers, brown clothing and a moose caution sign. 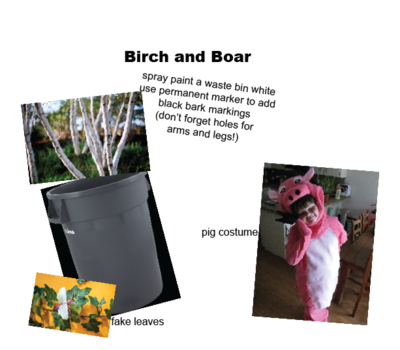 One person can be the birch and the other the boar.

If you're looking for an event where you can wear your one-of-a-kind Halloween costume, then check out this list of what's happening in Prince George this Halloween.

Here's a gigantic list of everything happening in Prince George for Halloween
Oct 2, 2019 4:14 PM