The United Steelworkers has renewed its push for a public inquiry into the fatal Lakeland and Babine sawmill explosions while releasing a document the union says shows WorkSafeBC put industry concerns ahead of the health and safety of workers.
Oct 9, 2015 9:05 PM By: Mark Nielsen 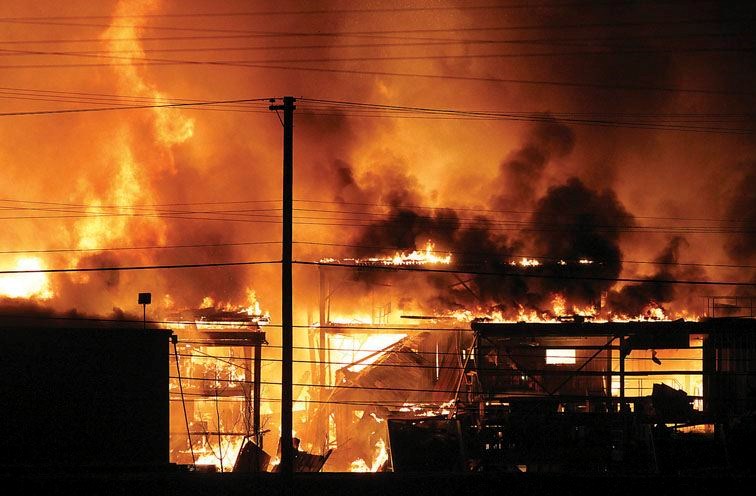 The United Steelworkers has renewed its push for a public inquiry into the fatal Lakeland and Babine sawmill explosions while releasing a document the union says shows WorkSafeBC put industry concerns ahead of the health and safety of workers.

Obtained through an freedom of information request, an internal memo written 38 days after the Jan. 20, 2012 explosion that leveled Babine Forest Products, located near Burns Lake, raises a concern over push back from industry if an enforcement strategy is pursued.

Fifty-six days after the blast at Babine, Lakeland Sawmills in Prince George was destroyed in a similar blast. In all, four workers were killed - Glenn Roche, 46, and Al Little, 43, at Lakeland and Robert Luggi, 45, and Carl Charlie, 42, at Babine - while nearly 40 others were injured, many seriously.

The memo, written by Barry Nakahara, WorkSafeBC's prevention manager for the Interior North Region, said that although the cause of the blast has not been accurately determined, "wood dust is being considered as a potential factor in the explosion."

Nakahara went on to note there have been at least two other explosions in wood products production plants over the previous few years and says it would be timely to raise awareness of the issue among both WorkSafeBC officers and across the industry.

He said the issue spans a broad range of industries and mentions wood products as one of five. The second version obtained through the freedom of information request then says: "Industry sensitivity to the issue given the recent event and limited clarity around what constitutes an explosion could lead to push back if an enforcement strategy is pursued at this time."

Nakahara went on to suggest that information on how sawmills are assessing and controlling the risk of dust-related fires and explosions be gathered during normal inspections throughout the year.

"Premier Christy Clark made a promise to the families who lost loved ones in these explosions that there would be justice and answers forthcoming. To date, there has been neither," USW director for Western Canada Stephen Hunt said in a statement issued Friday.

"This internal document clearly demonstrates that WorkSafeBC was more concerned about pushback from industry CEOs than the health and safety of workers. If this does not call for a public inquiry, I don't know what does."

Hunt also went on to say: "WorkSafeBC should be ashamed of the lengths it went to cover up this internal document from the public.

"They are a public agency responsible for worker safety in British Columbia, but their behaviour has been secretive and their priorities have been skewed. How can workers in the province have any confidence in the leadership at WorkSafeBC?"

In a response, WorkSafeBC spokesman Scott McCloy said the document, in its full length, was actually provided to the USW in advance of the coroner's inquest into the Lakeland disaster earlier this year but the union's counsel left the inquest before Nakahara took the witness stand.

McCloy also noted that prior to Babine, neither industry nor WorkSafeBC officers had encountered an explosion of such a large magnitude and that any previous wood dust explosions took place in significantly more confined spaces, such as bag houses, where dust is collected after it is sucked up from the production floor by the mill's vacuum system.

Both inquests heard the blasts were "conflagrations" or subsonic explosions that originated in semi-confined areas and spread as more dust was shaken loose by the initial blasts.

Although they knew dust could fuel fires, witnesses said they weren't aware they could also fuel explosions in such relatively open areas prior to the disasters.

McCloy said WorkSafe could not access the Babine site for the first weeks following the blast due to safety concerns related to the stability of the wreckage and its frozen state and had only limited access by the time the memo was written.

Workers and employer representatives were interviewed, McCloy said, "and a picture was beginning to emerge, although nothing was confirmed definitively."

"WorkSafeBC took the somewhat unusual step of providing information it had as it emerged to industry if the information could assist in prevention," he added.

USW made the memo public the day after the provincial government introduced legislation meant to live up to recommendations made by the inquest's juries, both of which found the blasts were accidental.