‘Where is Annita McPhee?’: Cullen under fire at all-candidates forum

“Where is Annita McPhee? Where is Annita?,” demanded Gordon Sebastian, the Stikine Liberal candidate as he opened up an all-candidates debate for the Stikine riding in the provincial election at the Prestige Hudson Bay Lodge Oct. 15.
Oct 17, 2020 8:03 AM By: Ben Bogstie,Local Journalism Initiative Reporter 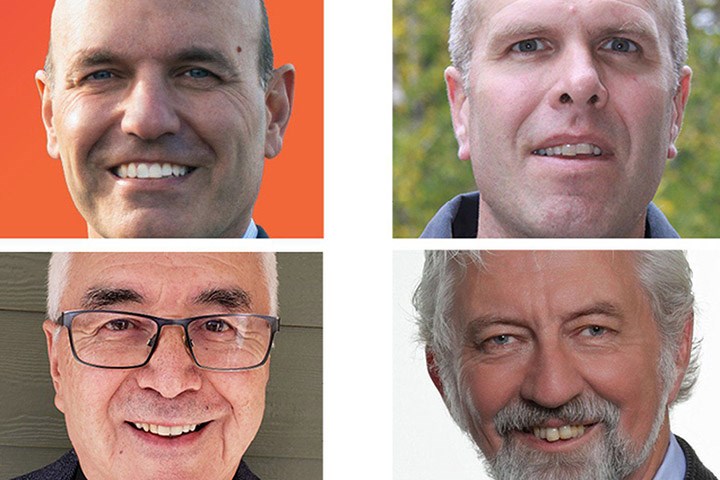 “Where is Annita McPhee? Where is Annita?,” demanded Gordon Sebastian, the Stikine Liberal candidate as he opened up an all-candidates debate for the Stikine riding in the provincial election at the Prestige Hudson Bay Lodge Oct. 15.

Sebastian was referencing the former Tahltan Central Government president who had her nomination to run as the NDP candidate for Stikine turned down — an apparent contradiction of the party’s equity policy.

“The NDP Party — two-faced. After settling for the resources on the Tahltan territory, they pushed her aside,” he said. “Annita was pushed aside for a privileged white man.”

Cullen, the perceived front-runner found himself under attack right from the beginning of opening statements, as Sebastian questioned Cullen’s legitimacy as the NDP’s candidate.

Christian Heritage Party BC candidate Rod Taylor continued to pressure Cullen during his first opportunity to speak, highlighting negative health impacts of COVID-19 restrictions, which Taylor said have been worse than the virus in some ways. Taylor pointed to suicides caused by job loss and isolation and criticized the NDP’s support of medical assistance in dying.

“Of course the NDP government is fine with suicide, that’s why they have embraced the federal government’s assisted suicide program, thousands of elderly Canadians have been encouraged to end their lives,” he said.

Within the first half-hour of the forum, Sebastian used a question about the United Nations Declaration of the Rights of Indigenous Peoples to once again call the NDP two-faced, this time in its dealing with the Wet’sewet’en and the Coastal GasLink pipeline project.

Darcy Repen, representing the Rural BC Party, used a rebuttal card to criticize Cullen’s lack of Indigenous-focused private members’ bills during his time as a federal MP and his work as a government negotiator in the dispute between Coastal GasLink and Wet’sewet’en hereditary chiefs.

“Nathan charged two thousand dollars a day, two hundred and fifty dollars an hour, for a bill of over one hundred grand,” said Repen, who was participating over video from Yellowknife.

“Nathan failed, the chiefs are back in court, there are more protests, progress deadlines are being missed. If you care so much about Indigenous rights, Nathan, pay the hundred thousand bucks back, put your money where your mouth is.”

Cullen defended his involvement in negotiations over the issue, saying that he would always choose dialogue over violence and that discussions have come a long way since the beginning of the year.

“I’m proud that we have been able to at least move off of where we were in January of just this past year, when the entire country was facing crisis to a place where we are in conversation and negotiation,” he said.

Later in the forum, the CGL issue sparked another exchange between candidates. Cullen condemned BC Liberal leader Andrew Wilkinson’s approach to the Wet’sewet’en hereditary chiefs, accusing the Liberals of sowing the seeds of the dispute and “using the same old colonial tactic of divide and conquer that we’ve seen for generations.”

Sebastian used a rebuttal card to defend his party leader.

“He’s opened the door, he’s opened the door to the First Nations people, he has an open door policy, there’s no exclusion, he does not wipe us off the map, he says ‘come and sit with us and we’ll start dealing with the problem’,” Sebastian said.

Repen joined in on the topic, saying that neither the NDP and Liberals are concerned with rural issues, and both parties are to blame for the low on-call pay for paramedics based on their time governing the province.

“I think it’s hilarious to hear these two parties try and throw each other under the bus while they have both been lying there for a long time,” he said.

During the final question and answer round, Repen again confronted Cullen over his role in negotiations with Wet’sewet’en hereditary chiefs, but Cullen declined to use his final rebuttal card to address Repen’s questions of legality surrounding Cullen’s activities as a lobbyist, government liaison and now candidate.

“Darcy’s trying to make this incredibly personal, I’ll stick to the issues at hand and I’ll come back around, I’m not worried,” Cullen said.

Rod Taylor largely stayed out of the more confrontational exchanges during the evening. He used two of his rebuttal cards during the final round of questions to express support for a trail connecting Telkwa and Smithers and address a question about mental health, saying that drug abuse, broken homes and sexualized and violent media contribute to mental health issues.

He used his closing statement to attack Cullen’s voting record in the House of Commons on issues related to abortion and same sex marriage. He criticized Cullen for voting in favour of Bill C-279, which Taylor said “opened the door for biological males to invade private female spaces.”

The advance voting place at the Smithers Curling Club in Smithers is open daily from Oct. 15 to Oct. 21 from 8 a.m. to 8 p.m.

The debate was carried out via Zoom.

No members of the public were present to ensure social distancing was maintained, but the questions asked of the candidates were provided by the public prior to the event or via Zoom and Facebook during the proceedings.