Volunteers needed as crisis line deals with jump in calls 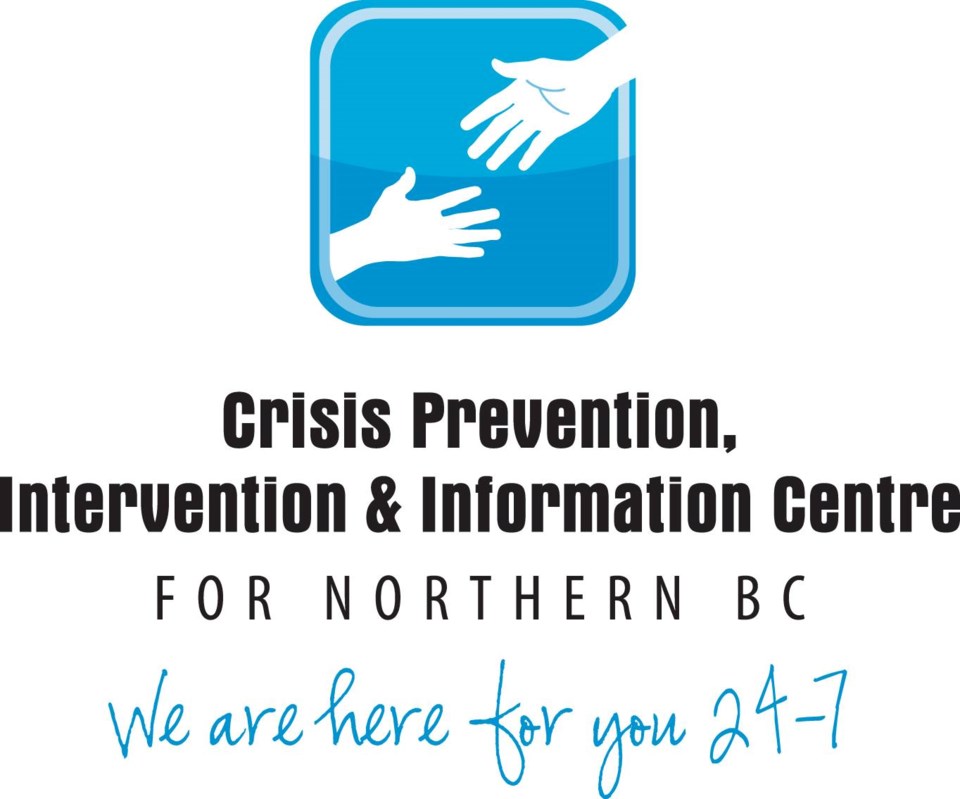 The Northern B.C. Crisis Centre could use some help when it comes to helping others.

In the time since the novel coronavirus pandemic took hold, the centre has seen a 25-per-cent increase in calls to its phone lines from people feeling anxious, depressed and suicidal.

She said there have been similar upticks in the past, such as during the two major wildfire seasons, but nothing as sustained as this.

Adding to the trouble, Boulianne said the centre is short staffed.

The centre works on a hybrid model with trained volunteers taking calls during the days and evenings and paid staff working the overnight shift.

The roster of volunteers has waivered between 25 and 30 and ideally Boulianne said the count should be over 40.

As it stands, the centre's call answer rate averages about 70 per cent.

Moreover, the volunteers are typically university students looking for some practical experience while pursuing their degrees.

While she welcomes them, Boulianne said she would like to have a broader representation of the community not only because they may be able to better relate to some of the callers but they may last longer than the two to three years a student typically does.

"Sometimes it feels like we're training people as fast as we're losing people," she said.

Retired folks and stay-at-home mothers with some spare time are among the kinds of people Boulianne said she is seeking, adding the centre also has a youth-serving-youth line.

Newcomers go through 70 hours of training, delivered online, and once completed, they're asked to put in one four-hour shift per week, either from home or at the centre.

"It's difficult work but it's very rewarding," Boullianne said.

She added that she joined the centre after earning a social work degree as a mature student at the University of Northern British Columbia and had intended to stay for just two years. That was eight years ago.

"I can honestly say I've fallen in love with the work," Boullianne said. "I love the authenticity of people when they're calling anonymously and confidentially and I love the skills that we use to help people open up."

On the bright side, the centre was one of 10 across B.C. to receive a $10,000 from Pacific Blue Cross. Boulianne said it has made a difference to the non-profit which relies largely on funding from Northern Health and the United Way of Northern B.C.

"We're very, very grateful," she said. Pacific Blue Cross provided the funding after a survey indicated two-thirds of British Columbians predict their mental health will deteriorate in the coming months.

"We know that those who engage early support through crisis lines, are less likely to require acute care later," said Jim Iker, Chair of the Pacific Blue Cross Health Foundation. "With BC now facing its second wave of the pandemic, supporting our community and our health care system has never been more critical.”

Boulianne attributed a significant amount of the jump in calls to people stuck in quarantine or other forms of isolation brought on by the virus. For some, it's also meant they have been unable to access face-to-face counselling in a timely manner and just need someone to talk to while they're waiting.

"The beautiful thing about crisis lines is you can talk to somebody right away," Boulianne said. "We are not counsellors because our service is anonymous and we don't have a therapeutic relationship with our callers but we're able to diffuse a situation in the moment."

Even if the centre needs more volunteers, Boulianne said those in need of help should still call.

"You don't need to be suicidal to call a crisis line," she said. "We take any kind of distress call. If anything is worrying or distressing an individual, we want to be there to support them and so, no issue is too small. It's really anything, all the way from social isolation and loneliness to suicidal ideation and everything in between."

Those interested in volunteering can get more information at crisis-centre.ca.