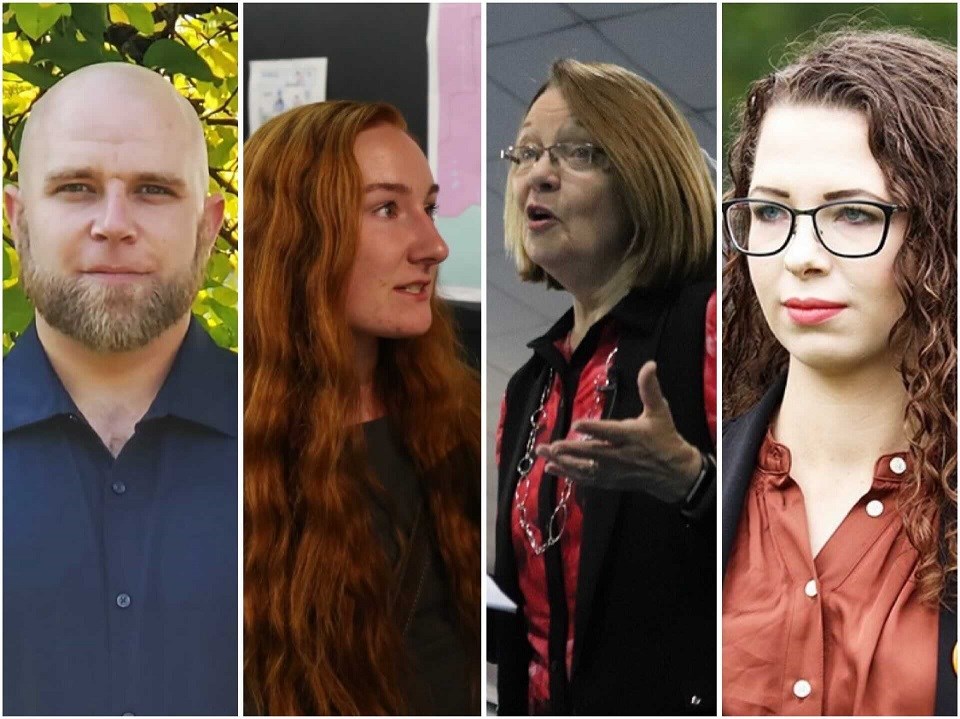 PrinceGeorgeMatters has received permission from CKPGToday.ca and the PG Chamber of Commerce to provide the following election coverage video.

Prince George-Valemount candidates are making their pitch to voters with exactly one week to go before British Columbians head to the polls for the 2020 snap election.

The riding will see BC Libertarian Party Sean Robson, BC Green candidate Mackenzie Kerr, the BC NDP's Laura Parent and BC Liberal Party incumbent Shirley Bond.

All four participated in an all-candidates forum, hosted by CKPGToday and the PG Chamber of Commerce, in discussing the issues and topics local residents are concerned for while also enduring the COVID-19 pandemic.

Many will recognize Kerr, as she also ran in the 2019 federal election for Cariboo-Prince George. This time, provincially, she's stressing sustainability and accountability for the current government.

“I also want to highlight that the Green Party is based on science and evidence-based policy. That needs to come first when we’re dictating the policies that we are creating in our province.

“What is important to me is accountability in government and that’s what Greens can bring to the table."

Kerr is only 23 years old, but not the only candidate under the age of 25.

BC NDP candidate Parent is 21 but stresses her focus is on security and stability, especially in the health care sector.

“This election is about where we’ve come from, where we’re going and our securities we’ve worked through in this pandemic together. I’m ready to advocate for every person regardless of your income, age or identity," Parent explained.

“It’s clear that we cannot afford four years of Liberal cuts to health care shortages, especially when our most vulnerable people, our seniors, are at risk.

“I know you love and care for your family and I want to help you do that."

There hasn't been a BC Libertarian candidate in a Prince George riding for some time, but Robson wants to send a flare to big party politics and politicians, also claiming there is zero way to move away from fossil fuels.

“The BC Libertarian Party is going to privatize as much as possible. The point is to manage yourself and be responsible for yourself. That’s what’s the most important. The more we take on as a government, the less responsibility we have as an individual. That’s the most fundamental, important aspect of our lives.

“The Libertarian Party will reduce taxes, reduce regulations. We will end ICBC totally."

Since the election was called, Bond has not been shy of publically criticizing Premier John Horgan and his decision to call the snap election amidst COVID-19.

“One of the things that I am very proud of is my record of public service. If you stop and think about where we are today, we are facing the impacts of a global pandemic, we have a declared provincial state of emergency. We have an opioid crisis and we also have the economy in turmoil.

“Where are we tonight? We’re sitting on a platform when we should in fact be dealing with the issues in the legislature of British Columbia.