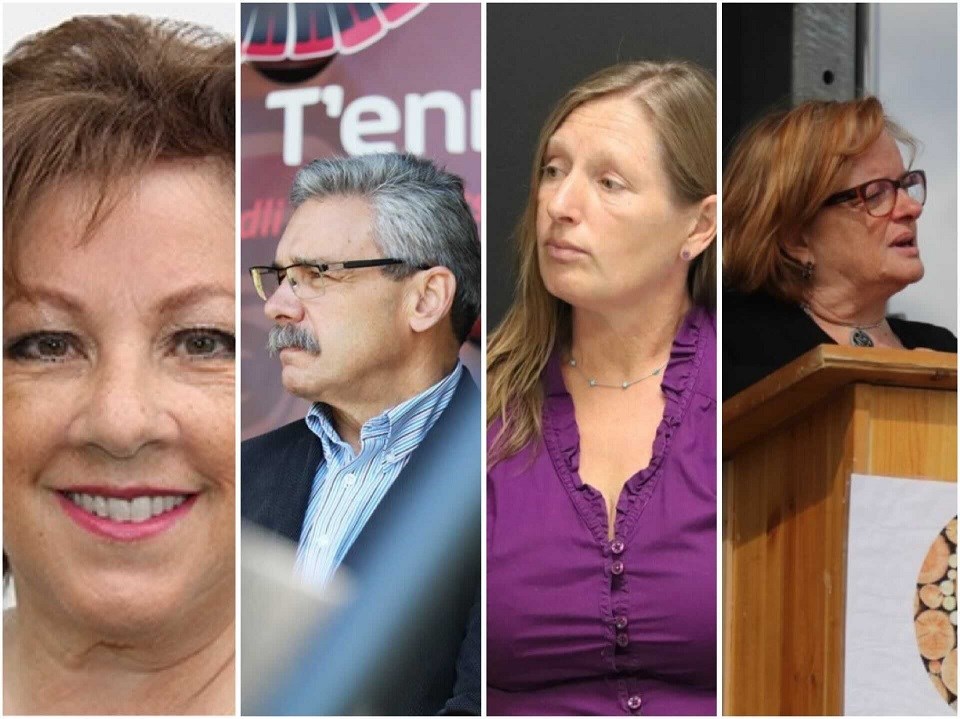 PrinceGeorgeMatters has received permission from CKPGToday.ca and the PG Chamber of Commerce to provide the following election coverage video.

With exactly one week to go until the B.C. 2020 snap-election, candidates in each riding participated in a forum, hosted by CKPGToday and the PG Chamber of Commerce, to help Prince George voters decided who to cast their ballot for.

The candidates are the Christian Heritage Party's Dee Kranz, BC Liberal Mike Morris, BC NDP's Joan Atkinson, BC Greens' Catharine Kendall and Libertarian Party of BC's Raymond Rodgers, who did not attend the forum.

Questions mainly focused on the current COVID-19 pandemic, reaction to John Horgan's surprise election and how each party would help economic recovery.

Kranz said she believes people's free speech is under attack, while saying there should be no consequences to those who choose not to vaccinate as well as medical professionals being allowed to refuse services because of a conscious level.

“I am not a politician but I felt compelled to put my name forward because of my deep concerns of what I see happening," she said.

“The Christian Heritage Party is first and foremost, we want to restart the economy. We want free speech and we see that free speech is under huge attack. We find that without free speech we have no democracy.

“[There is] a massive amount of censoring and that has to stop. We want to maintain and keep our democracy."

She added the party wants to keep the U.S.-Canada border open while helping restart the economy. She also says there needs to be an investigation into the government for its handling of the pandemic, claiming there is no scientific evidence to prove so.

“We want to keep the U.S. border open. Again, I would really like to say that if you want change, I think I’m your candidate. Well, I don’t think I am, I know," she explained.

"I take a different approach. The World Health Organization (WHO) has just said they are for not blocking down countries, that this is not the best way. They’ve flip flopped many times on what they should be doing.

“We need to do an investigation as to the seriousness of this. There is no scientific basis for what has transpired and we need to hold this government accountable."

BC Liberal candidate and incumbent Mike Morris once again reiterated his displeasure of Horgan deciding to call an election during a pandemic, when the original election date was scheduled for October 2021.

“[I’m] very concerned about the snap election being called. We’re in the middle of a provincial health emergency with COVID," he said as he seeks a third term in the Prince George-Mackenzie riding.

“There are a number of factors that are involved there with public safety that are of great concern and there was no good reason for this.

“The government was secure in its seat. It had a very good working arrangement with the Green Party and all three parties that were involved in the legislature of British Columbia had all committed to working together to make sure things worked right through until the scheduled legislative election in October 2021."

Morris also touched on what the BC Liberal Party would provide British Columbians should they remove the BC NDP and retake government.

“We’ve already announced a few things there. Elimination of the PST for a year. It has an immediate effect on all British Columbians, particularly on small businesses and then a reduction to three per cent there after.

Kendall, who also just ran for the federal Greens in the 2019 Canadian election, also boasted her party's platform and promises to residents in B.C.

“I’d like to share that I have 20 years of experience in community development. I’ve done two years of that work, working for the solicitor general, doing aboriginal gang prevention," she explained.

“Funding will definitely be supplied to our small and medium businesses that exist today that are having issues as well as those falling by the wayside.

“There are a number of other incentives that will be provided including pushing for a four-day work week. The health and wellbeing of our community members is front and foremost."

Atkinson pointed to her political experience as the current Mayor of Mackenzie and previous work in the political environment.

“I’m a very proud northerner and I look forward to the opportunity of representing the north and bringing a strong voice to Victoria," she said.

“I strongly feel that the connections I’ve made and the working relationships I have and the understanding of the issues that are important to our region, I have that experience."

Atkinson also broke with other candidates and praised BC Premier John Horgan for calling an election now, saying next year would be no different because of COVID-19.

“I fully support Premier Horgan’s decision to call this election. There are no guarantees that this will be gone by this time next year.

“We certainly did not anticipate in March when this all blew up that we would be where we are right now."