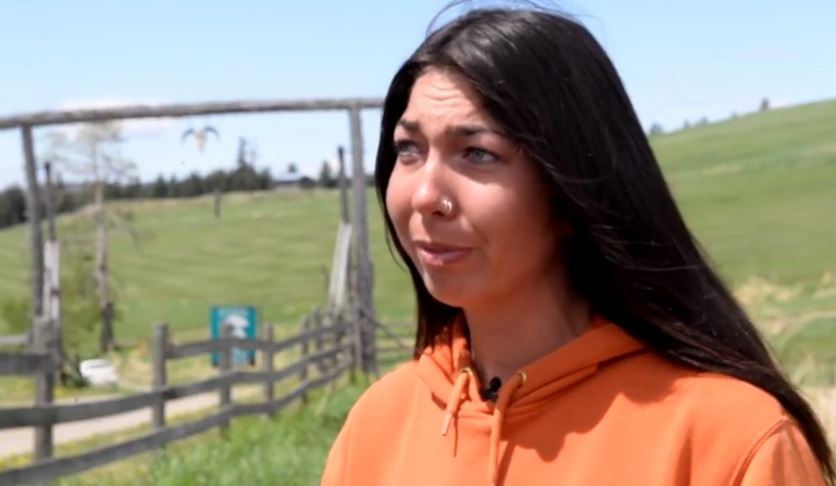 Cevanna Carson speaks out about residential schools in a video for UNBC Timberwolves. UNBC

UNBC women’s basketball team member Cevanna Carlson, member of Deninu K’ue First Nation, is sharing her experiences following the discovery of the remains of 215 children on the grounds of Kamloops Indian Residential School.

“Educate yourself on what has happened in Canada. It’s Canadian genocide basically. It’s what Canadian history is based on. It’s genocide. It’s not just a dark past or a dark history,” says Carlson, in the powerful video produced by UNBC Timberwolves.

Residential Schools ran from 19th century until the 1990s, where more than 150,000 First Nations children were required to attend state-funded Christian schools as part of a program to assimilate them into Canadian society.

They were forced to convert to Christianity and not allowed to speak their native languages. Many were beaten and verbally abused, and up to 6,000 are said to have died.

The Canadian government apologized in Parliament in 2008 and admitted that physical and sexual abuse in the schools was rampant. Many students recall being beaten for speaking their native languages; they also lost touch with their parents and customs.

“It’s frustrating because people think it’s so long ago or it’s so far in the past but, honestly, it truly is not that long ago that these kids were treated inhumanely. There’s no excuse for unmarked graves for unidentified bodies in those graves,” said Carlson in the video.

On May 27 the Tk’emlúps te Secwépemc band confirmed they found the remains of 215 children, some as young as three years old, with the help of a ground-penetrating radar specialist.

The Kamloops Indian Residential school operated between 1890 and 1969, when the federal government took over operations from the Catholic Church and operated it as a day school until it closed in 1978.

“It is sad to think that if it was 215 white children it would be a different reaction,” said Carlson.

In Prince George, a memorial of shoes, teddy bears, and flowers places on the steps city hall is being relocated to The Exploration Place for safe-keeping and The Lheildi T’enneh First Nation has lowered its flag for 215 days in honour of the children.

“It is an emotional thing to think that there’s 215 children who didn’t get to go home. It makes you think if I were to ever have children, or if my parents ever lost their children, you would think there would be more action taken within society, within government, to look towards reconciliation but it is just sad to think that is not the case.”

A national Indian Residential School Crisis Line has been set up to provide support for residential school students and their families. If you are in need of counselling or support call the 24-hour national crisis line at 1-866-925-4419.

- with files from the Canadian Press