There are 12 active COVID-19 cases at the Site C project in northern B.C. 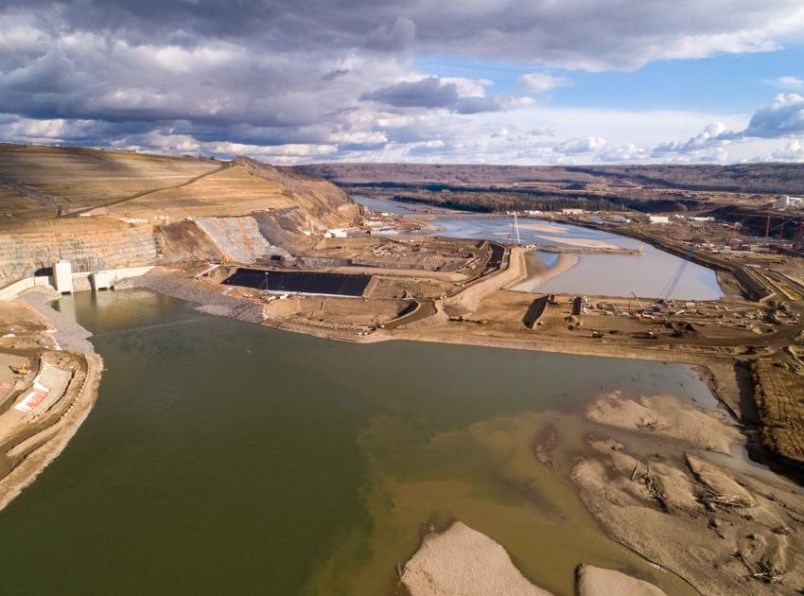 COVID-19 infections are on the rise at a major northern B.C. project.

According to BC Hydro, as of today (April 21), the Site C dam currently has 12 active cases for the virus, which is double the number it had from last Friday (April 16).

The double-digit mark was reached at Site C for the first time in the pandemic on Tuesday (April 19) as infections continued to rise in all corners of B.C.

The provincial company has counted 82 lab-confirmed COVID-19 cases since March 1, 2020, when the first infection was found.

The remaining 70 from that total are classified as recovered.

There are currently 1,326 workers in the Site C work camps, 23 of whom are in self-isolation and that number is expected to fluctuate in the days ahead.

Northern Health says its authorized BC Hydro to resume the AstraZeneca vaccination program on Thursday (April 22) for workers in the 40 and above age groups at Site C.

Roughly 1,400 workers have been immunized at the $16-billion dam in Fort St. John.

"BC Hydro is strictly following Ministry of Health guidelines and has implemented a range of protocols to prevent the spread of COVID-19 at Site C," the company says in its latest update.

"We require people to isolate if they show any symptoms as described by the BCCDC [BC Centre for Disease Control], no matter how mild. These symptoms include sneezing, sore throat, muscle aches, headaches, cough fever or difficulty breathing."

As of this publication, Northern Health has recorded 6,869 COVID-19 cases, including 136 deaths resulting from the virus.

The total number of active cases currently in the region is 232, nine people are in critical care among 18 hospitalizations and 6,492 recoveries.

- with a file from Matt Preprost, Alaska Highway News