Indigenous patients in Canada are 30 per cent more likely to die after surgery than other patients, according to new research.
Jun 10, 2021 6:33 AM By: Moira Wyton, Local Journalism Initiative Reporter/The Tyee 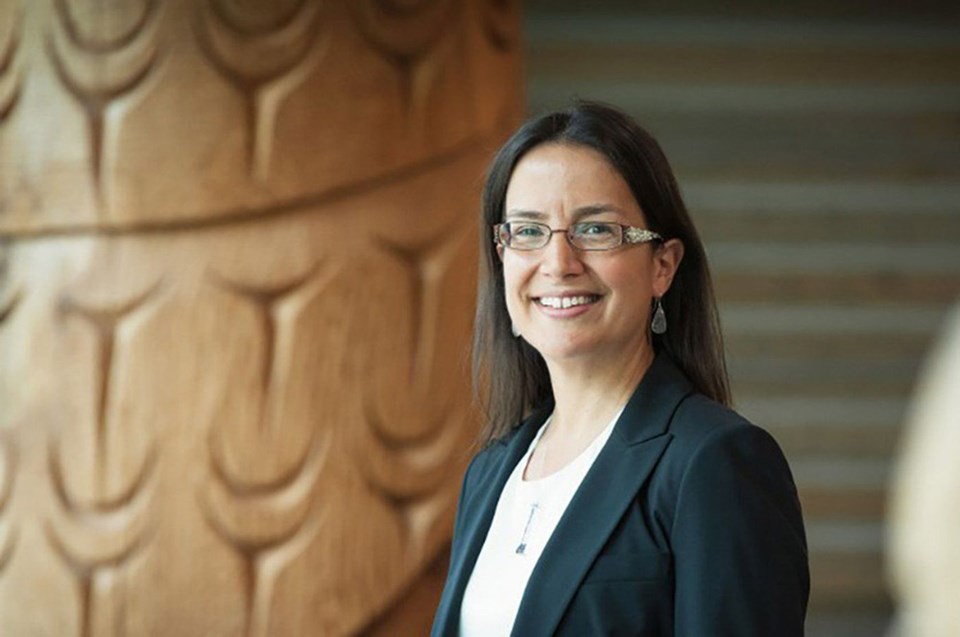 Prince George surgeon Dr. Nadine Caron co-authored findings that after surgery Indigenous people die at a rate 30-per-cent greater than other patients. At the root of multiple factors, says the report, is racism.UBC

Indigenous patients in Canada are 30 per cent more likely to die after surgery than other patients, according to new research. And that’s not going to change without transformational change to address anti-Indigenous racism in health-care systems in B.C. and  across Canada, according to the first First Nations woman surgeon in  Canada.

A recent review of 28 studies  co-authored by Prince George surgeon Dr. Nadine Caron, who also teaches in the UNBC and UBC medical programs, found that after surgery, Indigenous people die at a rate 30-per-cent  greater than other patients.

Indigenous patients also experienced higher  rates of post-operative infections and complications than others,  despite getting surgeries less often.

The data did not surprise Caron or her co-authors Dr. Jason McVicar and Dr. Alana Poon, but it raises essential  questions about what’s causing the poorer outcomes. Are patients  waiting longer for surgery, or suffering from poor health that add to  their risks?

Caron said it’s important to move beyond those basic questions and look for the underlying causes.

“Is it because of delayed  access? Then why is there delayed access? Is it because of the lack of  utilization of the health-care services, or that they’re not there at  all?” asked Caron, who is a member of the Sagamok Anishnawbek Nation in Ontario.

All these problems are made worse by widespread anti-Indigenous racism in the health-care system, as documented in the In Plain Sight report released in November.

Caron, who is co-director of UBC’s Centre  for Excellence in Indigenous Health, said the relationship between  Indigenous people and the health-care system need careful examination.

“Is the problem not particularly the  access, but the lack of access to culturally safe care, to a health-care  system without racism embedded within the walls of the institutions  Indigenous people have to walk into?” she asked.

Surgery is an essential part of health  care, Caron said. But there is so much more to one’s health than how  smoothly things go while under the knife.

Needing surgery can represent a failure of  health services to prevent a condition from worsening due to factors  driven by systemic racism. Evidence of poorer outcomes demonstrates “the  necessity to ensure that we address the In Plain Sight report, and  eliminate Indigenous-specific racism and racism as a whole in our  health-care system,” said Caron.

Many Indigenous patients have their  concerns dismissed, delaying things like cancer screening. Others avoid  care altogether because of past experiences of racism. Both contribute  to worsening health, increased chances they will need surgery, and  delays in needed treatment.

“Screening for breast cancer, or colon  cancer or cervical cancer, can actually play a preventative role in  actually ever needing surgery for those types of cancers,” said Caron.

Cultural safety and anti-racism work are  essential in all settings, not just the operating room, she said.  Physiotherapy, massage and followup appointments with a surgeon and  family physician can be essential to catching any complications in time  to be treated and corrected.

And the underlying causes of poor outcomes,  like poverty and lack of access to clean water, adequate housing,  medications or medical equipment must be addressed, she added.

For Caron, there is a difference between  naturally-occurring obstacles like travel distances from remote  communities and the barriers the health-care system has the power to  change.

Prince George, where Caron  practises, serves as a hub for patients from many northern and remote  First Nations communities who fly or drive long distances for care.

The city still has fewer specialized health-care services, like physiotherapy or  surgical specialists, than Kamloops or Vancouver.

The health-care system has “a moral  responsibility to eliminate” barriers, she said. “The fact that you have  to travel further when you live in a rural remote northern community is  something that you can’t control,” she said. But the health-care system  needs to recognize the challenge and identify solutions that ensure  effective care.

The First Nations Health Authority pivoted quickly to virtual health care during the pandemic, for example, a  strategy Caron says can make followup care more easily available to  people in rural and remote First Nations now and in the future.

The province has also committed to implementing all 24 recommendations of the In Plain Sight report,  pledging “transformational change” to address anti-Indigenous racism.

But Caron says while the province works on creating cultural safety in all corners of the health-care system, First  Nations, Inuit and Métis communities and individuals must be at the  centre of the process.

“We need to bring Indigenous voices to the  table, and we need to do research specifically with and by First Nations  peoples and Métis and Inuit in order to find answers and solutions for  our people,” said Caron.