School district reins in budget shortfall from millions to $412K 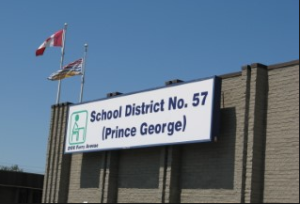 But by the time the budget came before the board of education during a special meeting on Monday night, that shortfall had been cut back to $411,826 – which the district can cover using accumulated surpluses from previous years, trustee Tim Bennett said. Bennett chairs the expanded committee of the whole, and management and finance committee, which worked with district staff to reduce the shortfall.

"I want to thank the staff for finding efficiencies. No reductions in staff levels have been made," Bennett said. "Tonight's budget is balanced and, again, balanced without any cuts to the classroom."

The largest single savings was achieved by examining the contingencies built into the average salaries for teaches and CUPE staff, according to a report presented to the board on Monday.

"Salaries and benefits costs in the 2021/22 budget represent over 85 (per cent) of the total operating costs of the district and an adjustment of less than (two per cent) to the average rates generated a significant budget savings resulting in no staffing reductions for budget purposes," the report said.

Reducing those contingencies resulted in a nearly $750,000 savings, the report said. Further, the budget reduced the per-student allocation to each school from $600 to $500, the same amount provided in the 2020-21 school year. That netted a further $500,000 savings.

Other adjustments and efficiencies found by staff were able to reduce the shortfall to under half a million dollars.

"A huge thank you to administration for doing the incredibly hard work of looking at our (salary) averages," Bennett said. "We are using some surplus to balance the budget. Our surplus is being spent, which isn't a bad thing, but surpluses can only be spent for so long."

In addition to avoiding staff cuts, the district was able to maintain funding for daytime custodial staff, direct learning supports for vulnerable students, mental health supports for students and staff, support for trades apprenticeship programs and reestablishing funding for a communications and community relations advisor on staff.

Acting superintendent of schools Cindy Heitman said the district is looking ahead, trying to prepare for a return to class in the fall that will be much closer to normal. However, the  the COVID-19 pandemic has forced the district to be adaptable and ready to respond to changes, she said.

"I know it's been a unique year," board chairperson Trent Derrick said. "That has been challenging all around."

The board of education voted unanimously in favour of the 2021-22 budget on Monday night, approving the first two readings. The budget will come back before the board during its regular meeting on Tuesday for final approval.