A recent report shows Prince George will need more than 10,000 new units of housing over the next decade.

The housing needs assessment, authored by Urban Matters in 2021 and presented to city council on Monday, found that rapidly increasing prices and rents, along with limited rental units, are putting strain on both renters and homeowners.

Additionally, complex social issues such as homelessness and discrimination are factoring into the ability of marginalized people to find and maintain housing.

The report forecasted that Prince George will need about 10,903 units across every housing type by 2031.

It found the city has 3,702 registered primary rental units but needs 5,000 more.

Prince George has 724 rental subsidies provided by BC Housing, however, the report found a need for an additional 2,500 plus subsidized units serving households with income less than $29,000 per year.

There are currently 1,344 short-term supportive housing units but the city needs an additional 131 spaces.

In terms of affordable home ownership, the report found that there are minimal affordable single-family homes available in the city which needs an additional 2,700 plus units for households with incomes under $65,000.

“It is showing us a minimum case scenario of what Prince George should be preparing for if economic conditions continue,” Matt Thomson, Urban Matters community housing lead, told city council.

He said the numbers are an educated scenario based on historical trends.

The majority of the city is comprised of single detached homes and apartments in small buildings, whereas more than half of the city’s population lives in one or two-person households.

“The primary area that this crisis is taking place in is the rental market and for rental households,” said Thompson. “This is not unusual. Prince George is not an outlier in this way. It is because renter incomes are consistently lower than owner incomes.”

He said the majority of those in core housing need, which are households who have no other options in the housing market and are often at risk of homelessness, are renters.

“Determining and measuring need when it comes to housing is a complex exercise particularly when we want to look at populations who may be experiencing homelessness or maybe at risk of homelessness.”

Thompson said the report conducted a robust engagement process to fact-check its results which saw a a survey that reached over 750 residents, 22 in focus groups and seven interviews with people who have lived experience of housing vulnerability and housing issues.

“It outlines the need for more non-market housing, and the engagement pointed to the need for more accessible units, and found that the available housing in Prince George is not currently meeting all of the residents' diverse needs.”

Housing Needs Reports are used as tools for decision-making as they provide data and analysis on housing needs and gaps to inform local plans and policies, as well as provide publicly available information on housing.

Deanna Wasnik, director of planning and development, said the information will be valuable when the city looks at updating the Official Community Plan.

“This would also help us inform the different type of land use steps to help support and facilitate a faster process to get the housing that is needed,” added Wasnik.

The city says the report will also be distributed to stakeholders and agencies that can support the city in attracting new developments in order to minimize or eliminate these needs.

New provincial legislation requires local governments to collect and report on housing needs in their communities every five years. 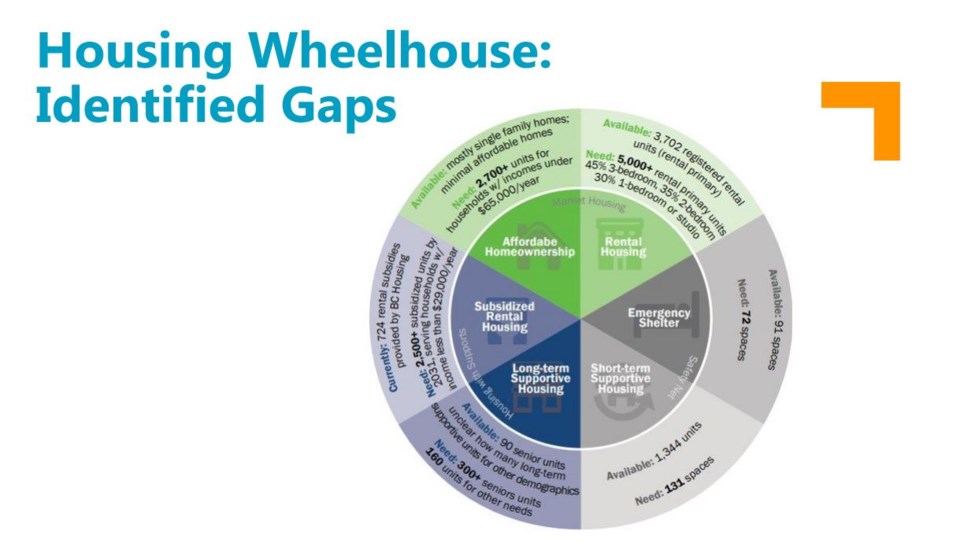