The City of Prince George was $3 million over-budget at the end of June, city manager Kathleen Soltis wrote in a report to city council.
Jul 23, 2020 11:15 AM By: Arthur Williams 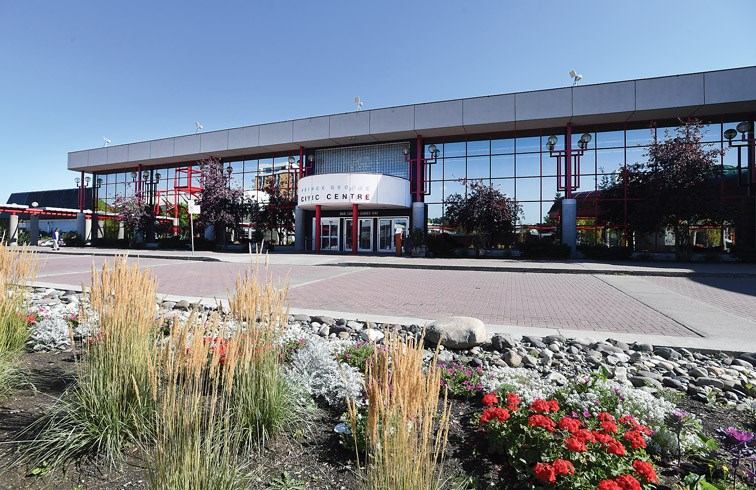 The City of Prince George was $3 million over-budget at the end of June, city manager Kathleen Soltis wrote in a report to city council.

Of that $3 million, $2 million is a result of lost gaming revenue from the province because the Treasure Cove Casino remains closed, Soltis wrote. The remainder of the deficit is a result of $1.8 million overage for snow removal during the first part of the year, which has been partially offset by savings in discretionary expenses such as training and travel.

"The City’s second quarter variance analysis shows that the financial gap that the City was facing for 2020 has been substantially closed, mostly due to the decision to close City recreational facilities such as aquatics and arenas," Soltis wrote. "Reducing facility expenses to offset the revenue loss from areas most affected by COVID-19 was paramount to minimizing the impact on the City’s finances for the year."

City administration believes the budget shortfall can be kept to $3 million for the rest of the year, Soltis said, but it will mean keeping many city facilities closed. The city's swimming pools, arenas and the Prince George Conference and Civic Centre have been closed since March, when they were ordered closed by provincial public health orders. In June, city council was presented a report which suggested planned reopening schedules for city's facilities.

In May, city council approved a number of measures to respond the nearly $1 million per month the city was losing at that time. The measures were intended to be a temporary rsponse to the pandemic, Soltis wrote, but the pandemic and public health restrictions limiting events to 50 people have continued with no sign of easing.

"It’s now four months after the start of the pandemic, the Province is in Phase 3 of its Restart Plan, and Administration’s optimism has dimmed considerably. Under Phase 3 of the Province’s Restart Plan, City facilities can open and events can be held, but gatherings still can’t have more than 50 people in attendance, physical distancing of two metres should still be maintained, and strict cleaning protocols must be adhered to," Soltis wrote.

"There are no indications of when Phase 4 of the Province’s Restart Plan will begin or when these restrictions will be somewhat relaxed. Unfortunately, the restrictions are such that, while there is interest in the community and the organization to open facilities and hold events, it isn’t financially prudent to do so."

In order to keep the city's budget shortfall to $3 million this year, the city should keep facilities closed until they can operate cost-effecively, Soltis wrote. That means many of the 130 staff laid off by the city would remain laid off.

In addition, the city would not fill most vacant positions and continue to minimize discretionary expenses, Soltis wrote.

Measures enacted by the province earlier this year would allow the city to borrow the $3 million shortfall, interest-free, from the city's reserve funds and pay it back over five years.

"The City’s reserves balance is projected to be approximately $50 (million) by year-end," Soltis wrote. "As the City receives its prime source of revenue during tax collection time in the summer, reserves are normally used to fund the City’s net expenses for the first half of every calendar year."

If the city digs too deeply into those reserves, she wrote, it could be forced to borrow from the Municipal Finance Authority to cover its operating expenses from January to June 2021 until tax revenue starts rolling in. While that is common for some municipalities in B.C., it would mean the city would have to pay interest charges on the debt – worsening the city's already challenging financial picuture for 2021.

A report with additional details and options for city council regarding its indoor facilities was expected to be released before the end of the business day on Thursday.

City council will debate what measures to take at Monday's city council meeting.

"Given the City’s loss of revenues due to COVID-19, it paints a worrisome picture – i.e. the City’s 2021 budget deficit could exceed $6 million and, without significant actions being taken, a 5.63 (per cent) tax levy increase could be required to close the gap," Soltis wrote.

The city is projecting its revenues for 2021 will drop by more than $8.6 million. The bulk of the lose is nearly $8.4 million in lost fees and charges from the operation of its facilities, plus roughly $1 million in lower investment revenue. That is offset slightly by roughly $750,000 in additional tax revenue from new developments in the city.

On the expenses side, the city has cut more than $5 million in salaries and benefits, but those savings are partially offset by an additional $1.1 million in debt sevicing costs, negotiated wage increases for the RCMP and public library staff, increased fleet expenses, rising utility rates and a number of other expenses. In addition, if the city does borrow $3 million to cover the 2020 budget shortfall, it will have to repay $500,000 in 2021.

The net result is the city's expenses are projects to decline by more than $2.2 million.

"Administration is exploring ways to reduce expenses and to increase revenues and will provide information to, and obtain feedback from, Council during Standing Committee on Finance and Audit and Council meetings to be held from September to December," Soltis wrote. "A COVID-19 compliant 'Talktober' will also be developed to obtain feedback from the public."