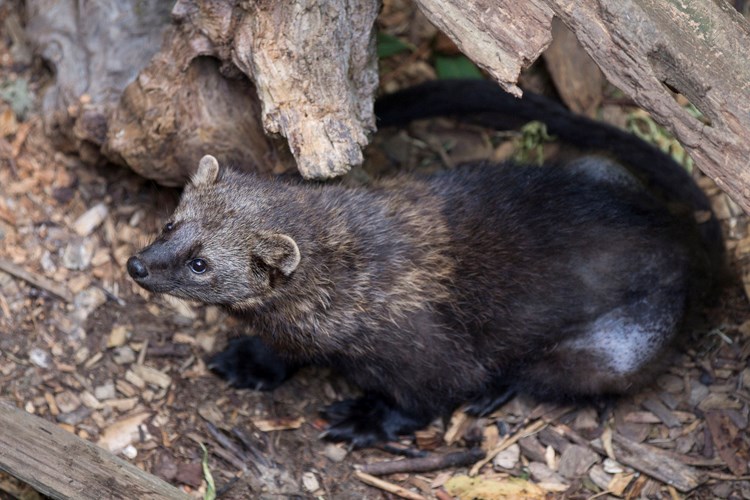 The fisher, sometimes known as a fisher cat, is a member of the weasel family.Wikipedia Commons handout photo

The B.C. Forest Practices Board is calling on the province to change how it manages fisher habitat, after a complaint from a Prince George-area trapper prompted an investigation by the provincial watchdog agency.

Fishers, sometimes known as fisher cats, are a large member of the weasel family and are designated as a species at risk in B.C. The local trapper complained that three cutblocks proposed by Canfor near Bobtail Mountain Park were the last remaining fisher habitat on his traplines, and he wanted them retained, a statement issued by the Forest Practices Board said.

"Our investigation found that government has relied on voluntary efforts by forestry licensees to conserve fisher habitat," Forest Practices Board chairperson Kevin Kriese said in a press release. "While Canfor did make efforts to protect habitat when designing the individual cutblocks in question, these efforts will not conserve adequate habitat for this species."

Fisher habitat typically is made up of older forest stands with large trees, and fallen debris, the Forest Practices Board statement said. They avoid non-forested areas and tend to live in areas with large connected forest areas.

The investigation by the Forest Practices Board found that the province had not carried out landscape-scale planning for fisher habitat in the area, and had not used the tools available in the Forest and Range Practices Act to direct licensees. Instead, the province invested in non-legal guidance and planning tools for forest professionals and licensees to consider using.

"It is time for government to strengthen its approach to fisher habitat management," Kriese said. "Immediate action is needed to clarify how habitat will be managed to ensure populations survive in this area."

The Forest Practices Board is calling on the provincial government to clarify its expectations for forest licensees and use the existing tools in legislation to identify and conserve fisher habitat. The groups also recommended Canfor amend its forest stewardship plan to address the issue.

A Canfor spokesperson said the company is committed to sustainability and was in full compliance with the Forest and Range Act.

A spokesperson for the Ministry of Forests, Lands, Natural Resource Operations and Rural Development said the province is reviewing the report by the Forest Practices Board, and will respond within six months.

"Fishers are a species at risk and have an important role in B.C.’s forest ecosystems. The province is developing a provincial fisher recovery plan, which will identify actions needed to ensure the survival of the species," the spokesperson said in an email. "We’re also collaborating with Environment and Climate Change Canada to pilot proactive measures to manage fisher populations in B.C."