City reminding residents to submit a service request to patch potholes
Mar 8, 2021 11:35 AM By: Hanna Petersen 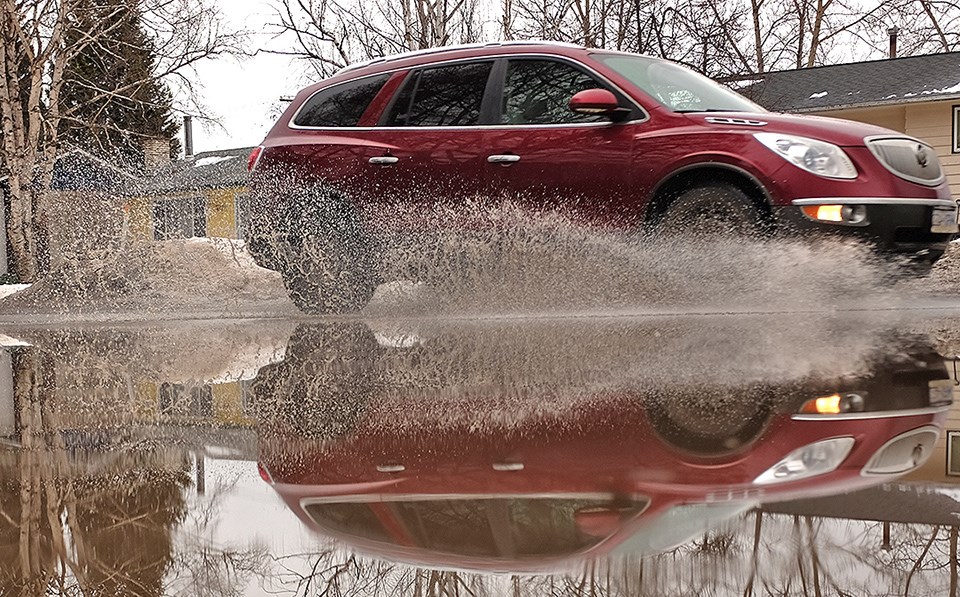 Although this is an annual circumstance, the potholes and puddles recently popping up around the city seem to be particularly numerous this year.

Crews patch potholes and unclog catch basins all year long, but the City of Prince George says these operations ramp up with the first big melt of the year which is currently underway.

In fact, the city adds the wet autumn Prince George experienced last year, followed by the cold snap and heavy snowfall in February, provided an ideal environment for road deterioration.

The recent warming trend has also melted much of the accumulated snow and ice on city streets and has unveiled a season’s worth of potholes for residents to navigate, resulting in a number of large puddles on the road.

You can report potholes through the following methods:

The city is also encouraging motorists to exercise extra caution while driving as the snow melts during pothole and ponding season.

If impacted at high speeds, vehicle damage or injury is a possiblity as puddles of meltwater and ponding on the roads often hide potholes.