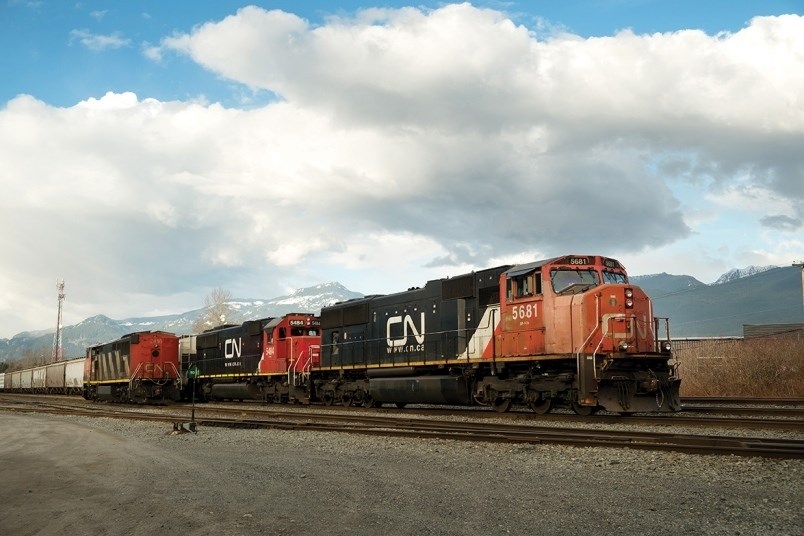 Prince George is on the hook to pay for half of a Canadian National Railway (CN) upgrade at the Otway Road Crossing, located roughly 4.2 km northwest of Foothills Boulevard.

At Otway's crossing, CN is planning to install a roadway warning system consisting of flashing lights, bells, gates and a constant time device, necessary to detect varying train speeds to give warning to approaching motorists.

The Canadian Transportation Agency Guide to Railway Charges for Crossing Maintenance and Construction dictates that 50 per cent of the remaining balance of the total cost of the crossing warning system modification after the grant funding has been applied shall be paid by the Road Authority.

CN Rail applied for a grant towards the costs of these proposed works, and was approved for federal funds amounting to 50 per cent of the total project cost.

However, upon hearing this report at last night’s city council meeting (March 8), Coun. Brian Skakun objected to the fact the city has to pay for 50 per cent of the costs.

“I think they are awash in money right now especially in this area of the country with a continuous volume of freight going west to [Prince] Rupert and coming back the other way, and the fact that they applied for a federal grant and get it and the city has to pony up and come up with the rest?"

Coun. Cori Ramsay said she is concerned an entity can demand 50 per cent of a project with council having no recourse to object.

“We could see more improvements required in the future and the ability for them to impact our budget without a heads up is unfair quite frankly. To be in the month of March and already having to pull $130,000 from contingency for me is a big deal. It’s going to impact our ability later in the year especially given our reserves quite frankly.”

Ramsay then made a motion to refer the matter to the Intergovernmental Resolutions Committee for further discussion which was approved unanimously.

Coun. Terri McConnachie also suggested the city invite CN back to council chambers as a delegation, and staff agreed to extend the invitation.

The Otway Road Crossing project also includes the addition of gates to further improve the overall safety at the crossing by reducing driver complacency and address existing roadway geometry and sight-line concerns.

In 2019, the same system was installed at both the east Otway Road Crossing and the Wilson Park access crossing as part on CN’s rail-line twinning project.