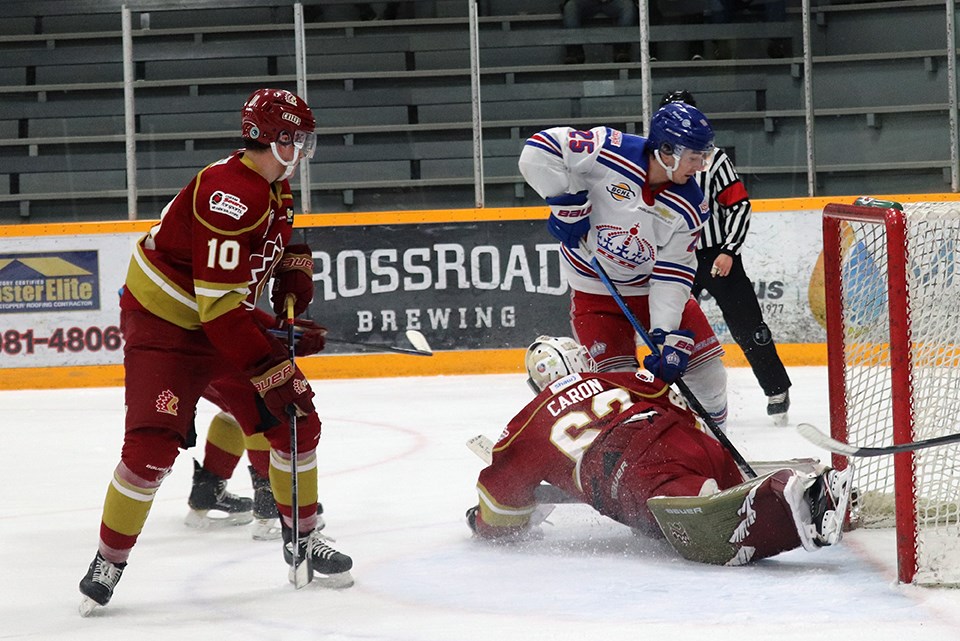 The Prince George Spruce Kings gave it their all Friday night (April 9) against the pod-host Chilliwack Chiefs.

Goaltender Jordan Fairlie had a prolific performance as well, but in the end, it was the guy on the other side of the barn that stole the show.

Mathieu Caron, fifth-year veteran netminder for the Chiefs, recorded his sixth career BCHL shutout by stopping all 23 shots he faced, being the brick wall in handing the defending league champions a 1-0 loss.

This was the 10th time in the last 11 meetings, dating back to the start of the 2019-20 campaign, that the Kings were bested by Caron between the pipes.

The Kings came out firing at all cylinders in the first period with 12 shots towards the Chiefs' cage.

However, Prince George's special teams tripped up, figuratively speaking, in the offensive zone while on a power-play late in the frame.

Chilliwack won a face-off and quickly carried the puck up ice, turning into a two-on-one and allowing Dawson Good to shoot a wrister past Fairlie's glove side.

It was Good's first BCHL shorthanded goal and second of the shortened season, with an assist from Brett Rylance at 16:25.

The remaining 43:35 went scoreless that ended in the 1-0 tally for Chilliwack

Fairlie made 20 saves on 21 shots in his second junior 'A' regular-season start, while his Kings' teammates could not convert on two man-advantages.

Prince George remains one game back of the Chiefs for the lead in the Chilliwack pod, currently with a record of 2-2.