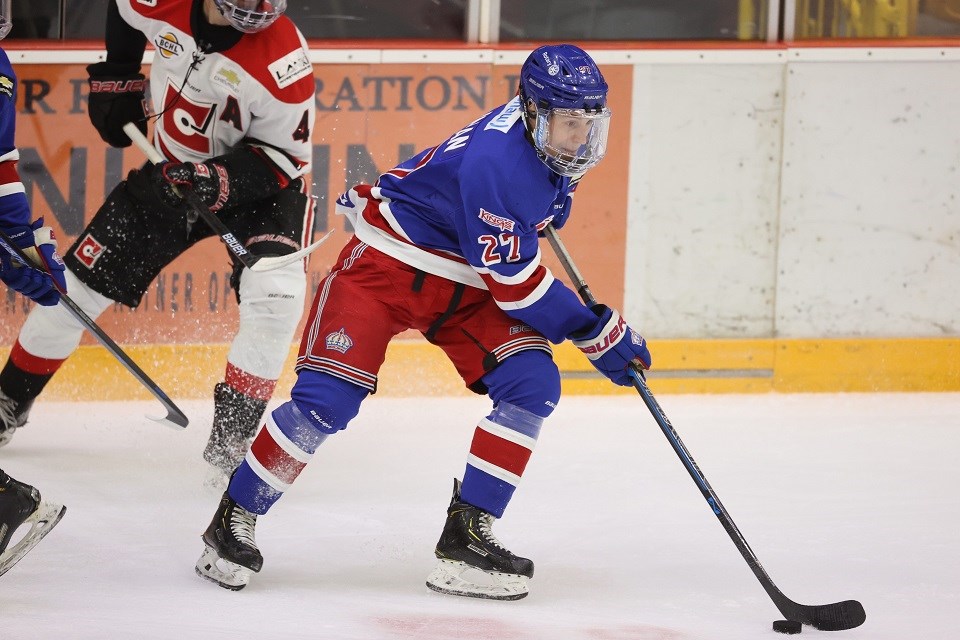 The path to an unconventional division title is still in favour of the Spruce Kings.

The team was on a roll heading into the weekend, which included a sixth straight victory on Friday (April 30) in the form of a 7-3 final over Chilliwack.

However, they started their May schedule on a losing note with the Merritt Centennials ending Prince George's win streak by a single goal Saturday night (May 1) in a 6-5 score.

The reigning BCHL champions' record now sits at 11-4-0-1 and are three points ahead of the host-Chiefs with four games left on the 20-game pod season.

This included four points for captain Mason Waite, one goal and three assists, and rookie Nick Rheaume with four assists.

Prince George's own Corey Cunningham earned three points in Saturday's win after lighting the final two lamps of the contest for the Kings.

The other multi-point players are as follows:

Between the pipes, Aaron Trotter made 28 saves on 31 shots from Chilliwack to get his fifth win in the pod, while Fort St. John's Jordan Fairlie stopped 17 of 23 pucks from Merritt in the setback.

Prince George combined for 81 shots in two games, including 51 on Saturday. Special teams scored two power-play goals and two while shorthanded, one each per tilt.

The Spruce Kings are back on ice Monday (May 3), 5 p.m. against the Chiefs.