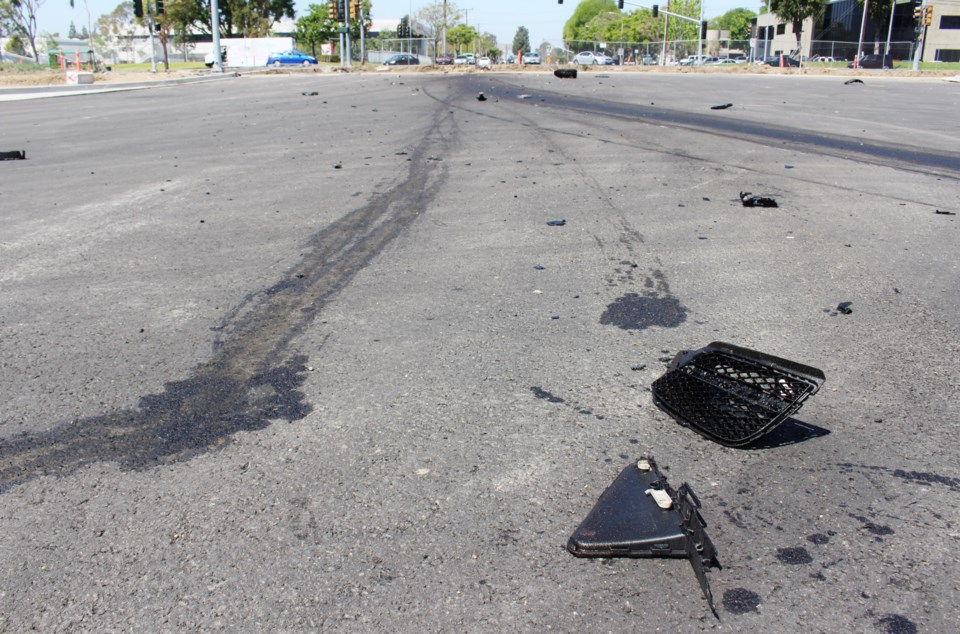 Stock photo of damage from an accident. (via Getty Images)

Mounties in Prince George continue to investigate an early September hit and run and are now seeking a vehicle as well as the driver involved in the incident.

Cpl. Craig Douglass says police received a report on Sept. 7 just before 10:30 p.m. of a hit and run which involved a pedestrian along Highway 97 near the intersection of Boundary Road.

When officers arrived on the scene with emergency service, a man was found suffering from serious injuries. He was taken to hospital and is expected to survive.

Investigators believe the man was walking southbound, on the southbound side of the road and was hit from behind from a truck pulling a trailer. The vehicle didn't stop.

Several of the pieces of the vehicle or trailer were found, indicating damage.

The vehicle involved is described as;

The trailer is described as:

Police still remain open to all possibilities but given the time of the incident, the owner of the truck lives south of Boundary Road and potentially another community.

Investigators are urging the individual involved to turn themselves in and speak to officers.

If you have any information about the incident, you are asked to call Prince George RCMP at 250-561-3300.