Prince George Cougars drop another game against the Vancouver Giants 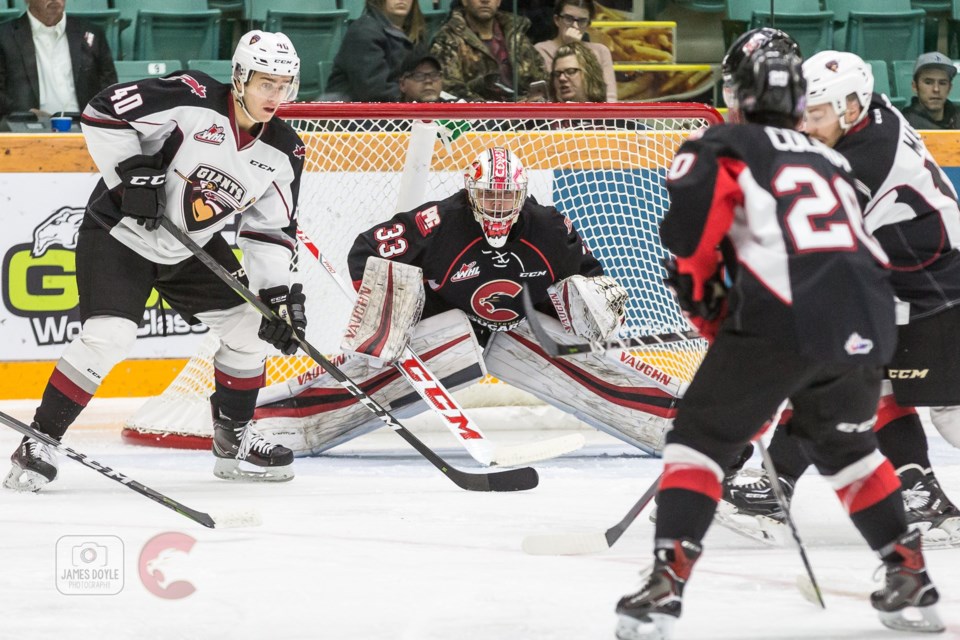 The Cougars dropped another contest going 0-2 against Vancouver in a Thanksgiving weekend series. (via James Doyle/Prince George Cougars)

The Prince George Cougars didn't have a great Thanksgiving weekend after dropping two straight against the Vancouver Giants.

After being shutout 3-0 on Friday night, the Cougars were looking for at least a split in the series with a win on Saturday, and just like Friday's game, Saturday was a chippy affair.

The Cougars would open the scoring when Joel Lakusta would score his first of the season (19:12) to give Prince George the 1-0 lead.

Four penalties were handed out in the first period with two for each team.

Vancouver's Cyle McNabb would go to the box for slashing and Cougars' Matej Toman would join him, as well for slashing (3:24).

The second period was full of goals (for Vancouver) and penalties, with a major and game misconducts.

Prince George LW Josh Maser would receive a five-minute major (0:11) for a slew-foot. He also was given a game misconduct.

Austin Crossley would head to the box for the Cougars (3:09) for playing without a helmet.

Vancouver would then take seven straight penalties starting in the second period. First, Cyle McNabb was called for charging (7:01) while Alex Kanook Leipert received a double minor (12:06) for slew-footing.

Dawson Holt went to the box for slashing (16:18) to end the penalties for the second period.

The Cougars' Mike MacLean would be given a two-minute penalty for roughing (11:10) while in the same sequence, Prince George RW Vladislav Mikhalchuk would receive a 10-minute game misconduct

MacLean would take another penalty (13:47) for tripping.

The Cougars would end a 0-for-19 power-play skid with a goal on the man advantage from Joel Lakusta (his second of the game) to cut the deficit to one (4:09).

That was all Prince George would muster and dropped the decision for their third loss in a row.

Potential 2019 NHL draft pick @BowenByram does it all on his own and wins the game in style for the @WHLGiants. VIDEO @ https://t.co/Yr9fUHWxge pic.twitter.com/8AkCIiYFl5

The first start of the game was Bowen Byran (Vancouver). The second star went to Joel Lakusta (Prince George) and the third start was Milos Roman (Vancouver).

The Giants remain third in the division at 2-4-0-1 and five points. Vancouver is second with a record of 6-1-0-0 and 12 points. The Giants are tied point-wise with the Victoria Royals who have one game in hand and a record of 6-0-0-0.

Prince George is off until Oct. 12 as they hit the road for a three-game trip in Alberta starting in Medicine Hat. They will also stop in Lethbridge (Oct. 12) and then in Cranbrook on Oct. 14.