No decision was made during a heated district council meeting in Fort St. James Wednesday night over a proposed bylaw to ban the commercial production, sale and distribution of cannabis.
Apr 12, 2018 5:00 PM By: Barbara Geernaert 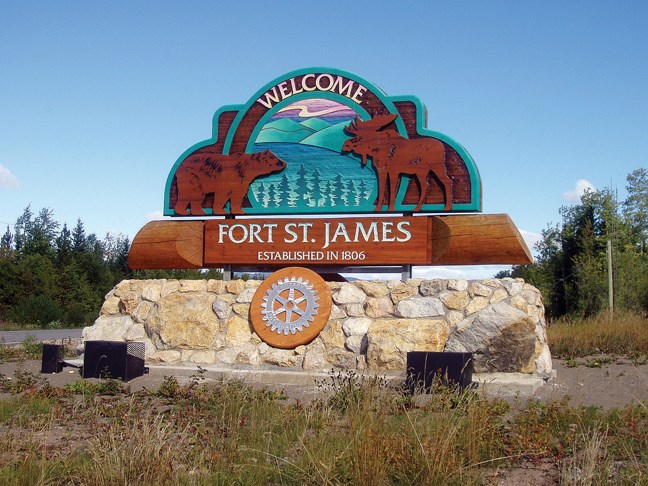 No decision was made during a heated district council meeting in Fort St. James Wednesday night over a proposed bylaw to ban the commercial production, sale and distribution of cannabis.

Faced with a noisy standing-room only crowd in council chambers, Mayor Rob MacDougall closed the meeting to the public, saying residents had their opportunity to speak at an earlier public hearing.

"We are not entertaining any comments at this time," said Kevin Crook, chief administrative officer for the District of Fort St. James.

A public hearing was held two weeks ago according to guidelines which offered the public an opportunity to speak, he said.

"Council needs to make a decision with undue influence. Based on case law, it has happened that if council has received information between the public hearing and the vote, it all can be quashed," Crook said.

But citizens were not about to give in.

"This is unacceptable. The mayor has said he would give us the opportunity to speak tonight," said Fort St. James resident Greg Kovac. "You have a responsibility to the citizens of this community. This is a slap in the face to every member of the community and to democracy."

He questioned why the bylaw was even brought forward to begin with.

"Why now? It makes no sense to prohibit something that is already illegal," Kovacs said.

Another concern for citizens is the wording within the bylaw which does not stipulate between medicinal and recreational marijuana.

"I'm shocked and appalled by the behavior of mayor and council," said Sandi Taylor. "An overwhelming amount of citizens are against this as it will prohibit medicinal marijuana."

Taylor delivered a petition to the mayor with signatures from more than 20 per cent of the population of about 1,600 in Fort St. James, which she conducted over a one-week period.

"They haven't even given us a legitimate reason as to why they want this bylaw. It shows a complete lack of motivation from mayor and council," Taylor said.

In preparation for the federal government's legalization of non-medicinal marijuana in July, the province has been making a number of decisions in terms of regulation, including retail access. B.C. will allow adults to use recreational pot in public spaces where tobacco smoking and vaping are permitted and banned in areas frequented by children such as parks and community beaches and also in vehicles.

"We believe this to be an opportunity for us. All of Canada is open to it, why not us? Why send people away for something that is already headed for the people," asked Maryanne Jeffery, also from Fort St. James. "Let's be reasonable."

For Paul Jolin, it's about taking the sale of these products out of the black market.

"This is political suicide. Let's get on with it because this is our situation today," Jolin said.

District council has yet to decide when another vote will be rescheduled but the bylaw will be discussed further at the next regular council meeting on April 25.

According to a press release Thursday from the District of Fort St. James, because the meeting was adjourned early, council did not have the opportunity to discuss or give a final reading of the bylaw which they say will not affect medical marijuana.

"I have asked council members to consider appointing a select committee to investigate how to proceed with recreational cannabis regulation so we'll discuss that at the next council meeting," MacDougall said in the release.

Until then, Kovacs is not ready to give up.

"We have to regroup. Yes, we want this by-law to go "up in smoke". We are angry and we are not going away. But I do hope we can come together and resolve this issue in a civil and respectful manner."