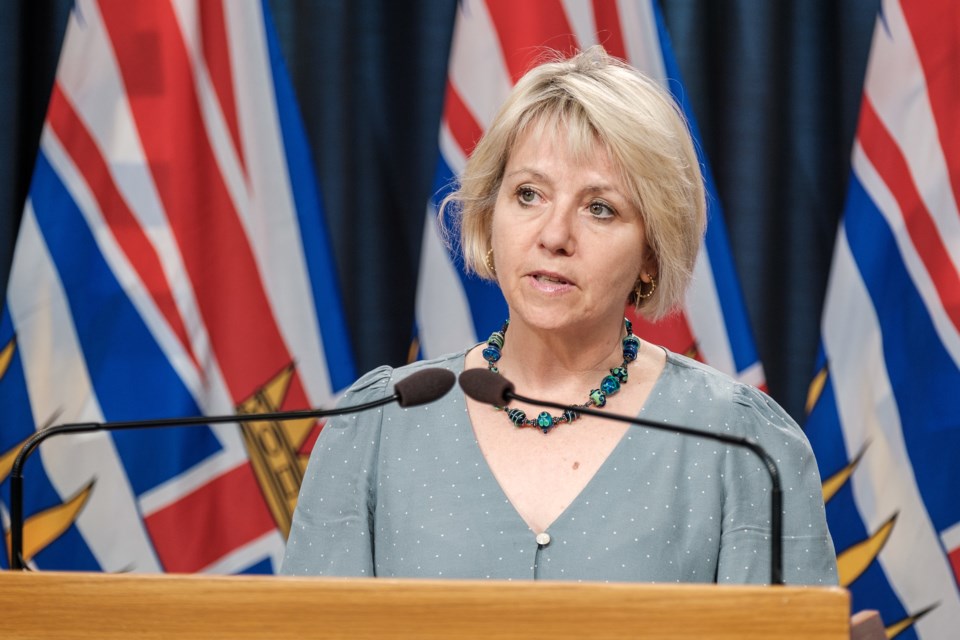 There are now a total of 4,111 COVID-19 cases in B.C. after the latest update from Provincial Health Officer Dr. Henry and Minister of Health Adrian Dix this afternoon (Aug. 11).

In a written statement this afternoon (Aug. 11), officials announced another 46 cases have been found throughout the province during the past 24 hours.

Northern Health has four new cases, bringing the authority total into triple digits at 100 cases since the virus hit the region in March.

Haida Gwaii is entering its third week under a community-outbreak alert since it was initially declared on July 24. The four new cases announced today are not on Haida Gwaii, Northern Health officials confirmed to PrinceGeorgeMatters.

Henry reported no new deaths from the virus in the past day, keeping the total at 195, while a total of 3,444 have recovered.

There are 472 active cases in B.C. with eight hospitalized and five in intensive care.

There have been 1,232 recorded cases in Vancouver Coastal Health, 2,167 in Fraser Health, 148 in the Island Health Authority and 393 in the interior.

Officials also said there have been no new community outbreaks. In total, seven long-term care or assisted living facilities and one acute care facility have active outbreaks.

There have been no new community outbreaks. The Krazy Cherry Fruit. Co. outbreak, which was located in the Interior Health region, has now been declared over.

B.C.'s Minister of Education Rob Fleming announced earlier today it's against health guidelines to allow students back into classes on Sept. 8, unlike previous years. An announcement with full details is expected in a couple of days.

“Previously students would come back into class, usually with their previous year's teachers, and wait a few days for school to be organized for the coming school year,” Fleming said in the legislature.

“We can't do that in a pandemic. That would not be in compliance with the BCCDC guidelines.”

Henry also touched on school transmissions and contact tracing while also stressing for people to take the necessary precautions to stop the upward trend of cases.

“As we look to fall, what we've learned from other jurisdictions is that transmission in a school setting is a reflection of what’s happening in our communities; keeping our community transmission low and slow keeps us all safe," she said. “And behind the scenes, public health is using contact tracing to mitigate the new growth in cases."

“Every case is followed up and linked. People who are at risk from exposure to known cases are supported to self-isolate, reducing further community exposure. That is working. The number of people we see self-isolating from the past few days reflects the work that public-health teams are doing tracing people around the province to prevent the spread and stop outbreaks. Remember, we can all help public health teams in contact tracing by using the skills we have learned: Keep gatherings small, have a designated ‘contact keeper,’ limit time with others, maintain physical distance, and always stay home if you’re feeling unwell."