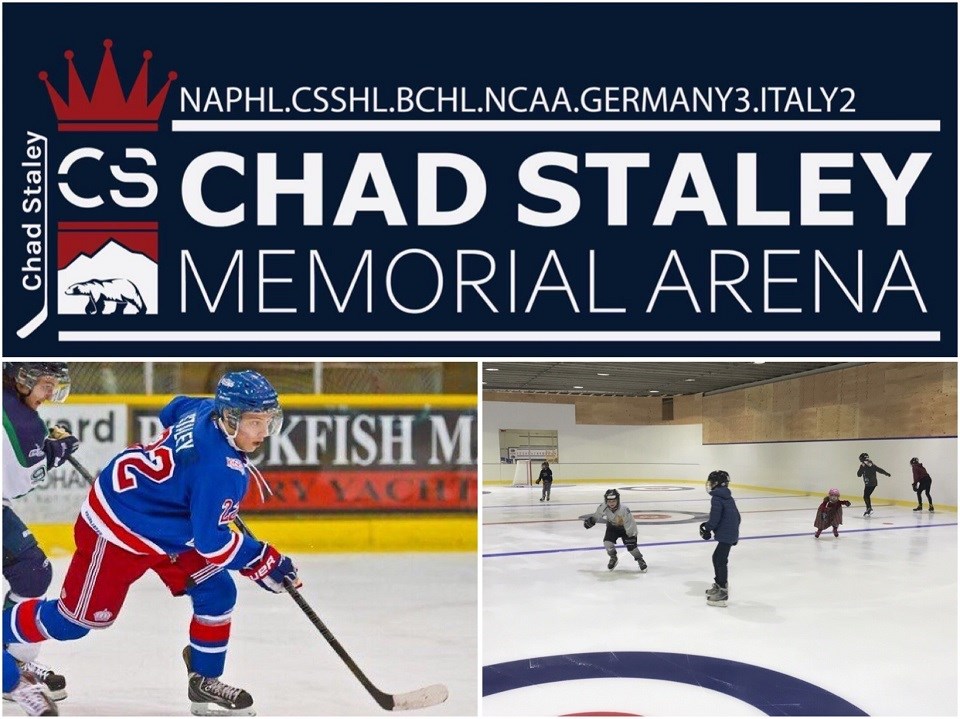 Chad Staley died suddenly on March 9, 2020, in a tragic announcement by his family on social media.

Since then, tributes have poured in for the former Prince George Spruce Kings captain, including one unveiled this week by a local sports organization that recently opened a new training facility.

The company opened the private facility in early January, two-thirds the size of a regulation ice hockey surface, with a primary focus on high-performance skill development for young athletes.

“The CSM Athletic Foundation will be looking to partner with local and national organizations to bring some high-level developmental opportunities to Prince George ensuring the core values that were so important to Chad are at the forefront of our programming and delivery methodology,” a statement reads on AscenTech’s website regarding the new arena.

“Chad always wanted to help the little guys – the ones who thought they were not good enough, fast enough, rich enough, or well liked enough. He wanted to help the underdog and reward the kid who just wanted to skate and play the game because they LOVED the game!”

Staley’s legacy in Prince George stretched beyond his three seasons with the club, in which he was given the captaincy for his final year with the Spruce Kings.

Between 2012 and 2015, the late 25-year-old scored 60 goals for Prince George and added 87 assists before moving on to college hockey at University of Alaska-Fairbanks.

He also had stints in Germany and Italy with professional clubs.

Following his tragic death, the Spruce Kings paid tribute to their former captain with special helmet decals that contain the initials ‘C.S.’ in either a red or blue crown.

The Chad Staley Memorial Arena is located in the Prince George Golf and Curling Club at the building’s south entrance, down the stairs across from the putting green.

Northern ICE Sports is set to host a multi-sport camp on Friday (Feb. 5) as it’s a Pro-D Day for local students, set to feature hockey, curling, snowshoeing and rock climbing.

According to AscenTech, opportunities for three-on-three hockey at the arena are also on the table, but only when COVID-19 public health orders in B.C. deem it safe to do so.