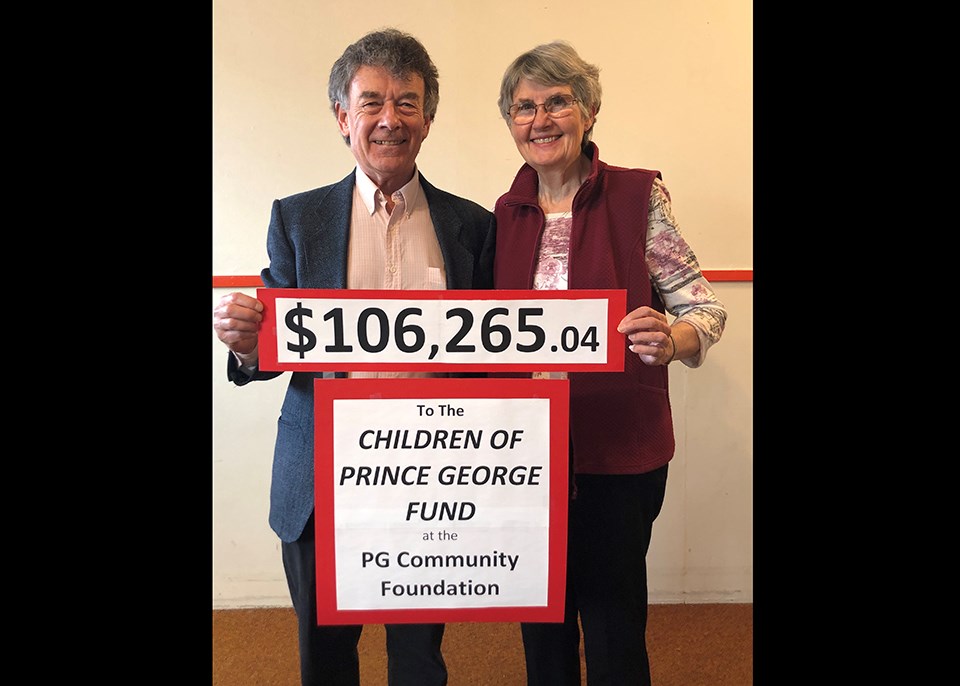 Miracle Theatre, the production company that raises money for local charities, has just made its 'biggest donation ever.'

Its The Birds and The Bees production created quite the buzz earlier this year, raising $106,265.04 for The Children of Prince George Fund.

“It means a lot to us it’s now that Miracle Theatre’s efforts have been especially fruitful," says producer Anne Laughlin in a release.

"With the present health crisis, there are some hard times ahead. We know the funds will be put to good use by local charities helping children in need."

The fund, which is under the trusteeship of the Prince George Community Foundation (PGCF), is for children dealing with serious difficulties such as food, health, neglect and abuse.

The PGCF asked Miracle Theatre to establish the endowment in 2019 by donating last year’s production of Halfway There and resulted in a donation of $84,036.45.

Price and Laughlin decided to also donate this year’s production of The Birds and The Bees to the PGCF with the goal of increasing the Children’s Fund to at least $150,000.

“We felt that goal was achievable but never dared hope to exceed it by over $40,000," said Ted Price, Miracle Theatre director and production designer.

"With every production, it comes home to us what a remarkably supportive and generous town this is."

Both Laughlin and Price attribute the success of the project to several additional factors, believing the script and cast were especially strong this year with The Birds and The Bees being extended twice for a total of 28 performances.

In 2017, the long-time theatre professionals were hired by Victoria Playhouse on Prince Edward Island to direct and stage-manage the same play.

”We had already ‘field tested’ the script and were sure it would speak to our Prince George audiences,” says Price.

“And for our production we made the extra investment of hiring from all across Canada to put together the strongest cast we could find.”

Laughlin and Price also give a lot of credit to the theatre’s team of Prince George volunteers.

Although all of the performing arts have a volunteer component they believe it is rare to get people as capable and committed as those who have rallied around Miracle Theatre.

“These people are exceptional,” says Laughlin.

“It’s uncanny how many of them could have made a career of what they do for us if they had wanted to.”

Since 2016, Miracle Theatre has donated a total of $334,669 to Prince George Charities including the PGCF and The Children of Prince George Fund, northern B.C.’s Breast Cancer Clinic, Salvation Army Food Bank and United Way.

Price and Laughlin say they're currently planning their next production.