Participants encouraged to make something based on the prompt "MMIWG - Red Dress"
May 6, 2021 11:29 AM By: Hanna Petersen 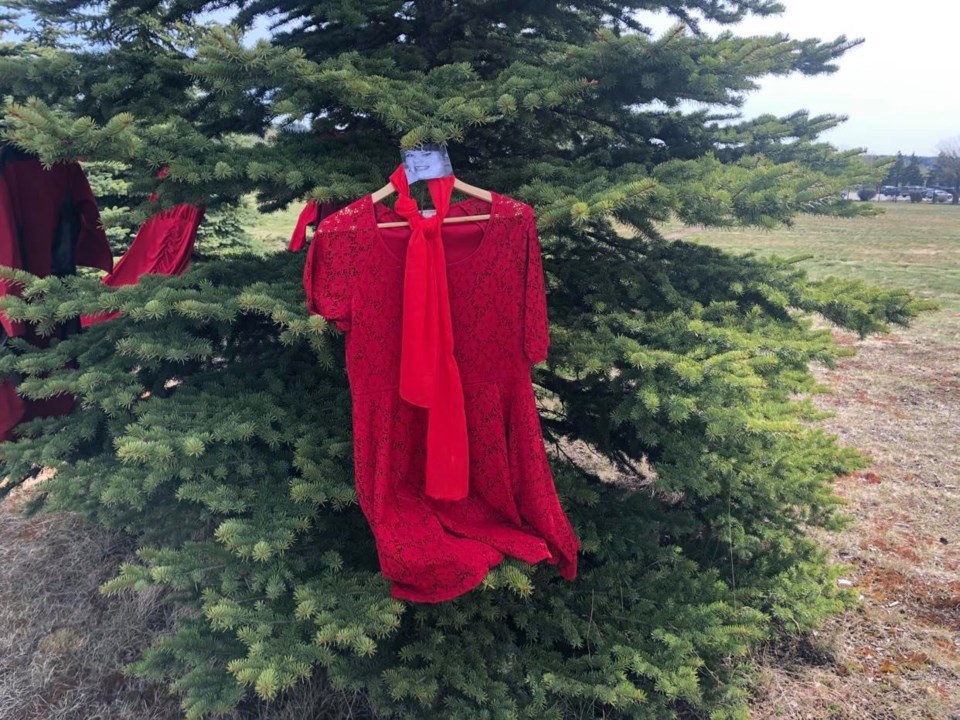 Red Dress Day to raise awareness for Murdered and Missing Indigenous Women and Girls takes place every May. Hanna Petersen

Two Rivers Gallery’s MakerLab will be working throughout May to raise awareness of Murdered and Missing Indigenous Women and Girls (MMIWG).

The gallery has teamed up with B.C. Family Information Unit and School District No. 57 (SD57) Indigenous Education to challenge the community to learn more about MMIWG and make something based on "MMIWG - Red Dress".

The MakerLab Monthly Makes is a monthly challenge where the gallery gives participants a prompt to create something and then showcase it at the end of the month via Zoom.

As Two Rivers Gallery and SD57 service communities along the Highway of Tears, where many families have been deeply impacted by the MMIWG, this month’s MakerLab challenge aims to raise awareness, while honouring, respecting and maintaining sensitivity to the impact it has on friends and families of the MMIWG.

The initiative encourages people to make red dresses to install throughout Prince George, and then take pictures of the red dresses, but no selfies, and post them on social media with the hashtags: #MMWIG #reddress #tworiversgallery #makerlabmonthlymakes #SD57Indigenous.

In 2016, a National Inquiry into Missing and Murdered Indigenous Women and Girls was launched and exposed a national ongoing crisis of fatal violence towards Indigenous women and girls.

However, Red Dresses have been used as a symbol to raises awareness for murdered and missing Indigenous women and girls since Métis artist Jamie Black’s 2010 art project.

The Prince George Red Dress Society has been organizing REDress Project events in the city for the last five years, but yesterday the city officially proclaimed May 5 as a "Day of Awareness for Missing and Murdered Indigenous Women, Girls and Two-spirit People."

Two Rivers Gallery says this month’s MakerLab challenge is aligned with the recommendations from the Truth and Reconciliation Commission and the B.C. Declaration for the Rights of Indigenous Peoples.

The goal is to raise awareness of MMIWG in hopes it can help prevent further victimization and garner additional support for the families and communities affected.

Two Rivers Gallery will also host a workshop to crochet a Red Dress with Elder Roberta Prince live on Facebook on May 13 at 6 p.m.

‘From Prince George to Prince Rupert’: Highway of Tears gets full cellular connectivity
Apr 7, 2021 10:03 AM