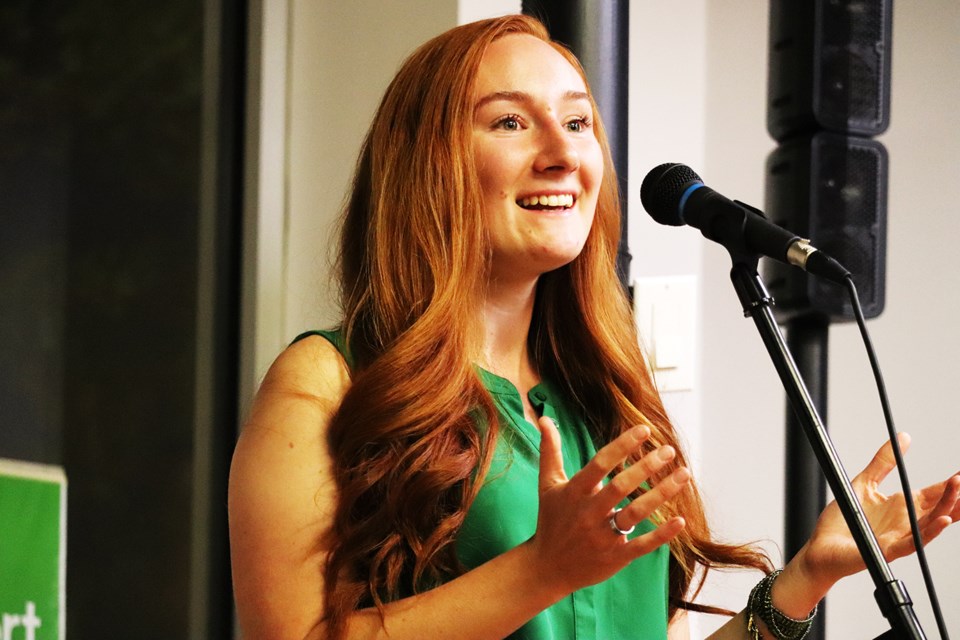 Mackenzie Kerr is just 22 years old but is looking to make her mark in provincial government. (via Jess Fedigan)

After a federal candidacy run in 2019 for the Green party of Canada, Mackenzie Kerr is now seeking to try her hand provincially.

Kerr has announced she has been selected as the BC Green Party candidate in the Prince George-Valemount riding. As of publication (Sept. 26), she will be running against incumbent Shirley Bond of the BC Liberal Parrty and Sean Robson of the BC Libertarian Party

EXCITED TO SAY I AM OFFICIALLY THE CANDIDATE! Now I just need a few more signatures to get on the ballot! Dm with your # if you’re in my riding and can “sign” over the phone! I’m so excited to be running for the @BCGreens 🥰🌏🌲🌻 https://t.co/doUUzvXsf8

Doherty would retain his seat while Kerr finished behind Calogheros, Sapergia and Doherty for fourth place with 4,998 votes which equated to 9.1 per cent of the vote.