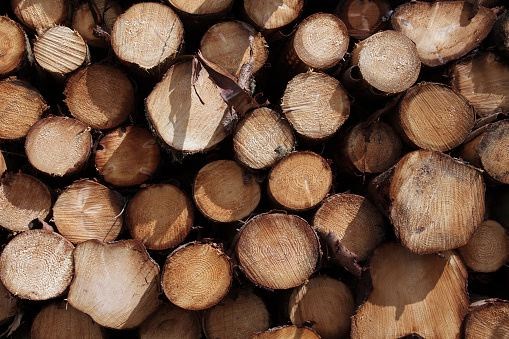 Prince George-based Big Bull Enterprises Ltd. has earned awards from the provincial government for innovation and excellence in woodlot management.

Big Bull owners Brian Harding and Darcy Nygaard were presented with $5,000 during the BC Woodlot Associations' annual general meeting held in Prince George last week - $2,500 each for the provincial Minister's Award for Innovation and Excellence in Woodlot Management.

Prior to the arrival of the mountain pine beetle, they took such steps as road-building and bridge replacement at their woodlot, located at Telechick Creek. That enabled them to remove almost all of the affected pine as green attack, helping reduce the spread of the beetle in the area.

Because of the epidemic, normal sources for purchasing seedlings to replant the harvested area had limited inventory.

In response, Big Bull picked their own seed - enough to grow 300,000 seedlings - and, within three months of harvest of the last attacked pine, every opening created by mountain pine beetle salvage operations in their woodlot had been planted.

In summer 2015, preliminary reconnaissance of the openings created by the mountain pine beetle on their woodlot showed that all areas are stocked and 95 per cent have reached free-to-grow status.

"Brian and Darcy really showed foresight in preparing their woodlot for the mountain pine beetle infestation before it even arrived," Prince George-Mackenzie MLA Mike Morris said in a press release.

They built the roads without any guarantee they would recover their costs, Morris noted.