The forest industry is reeling from a flurry of economic blows, some global and some local.
Jul 16, 2019 9:50 PM By: Frank Peebles 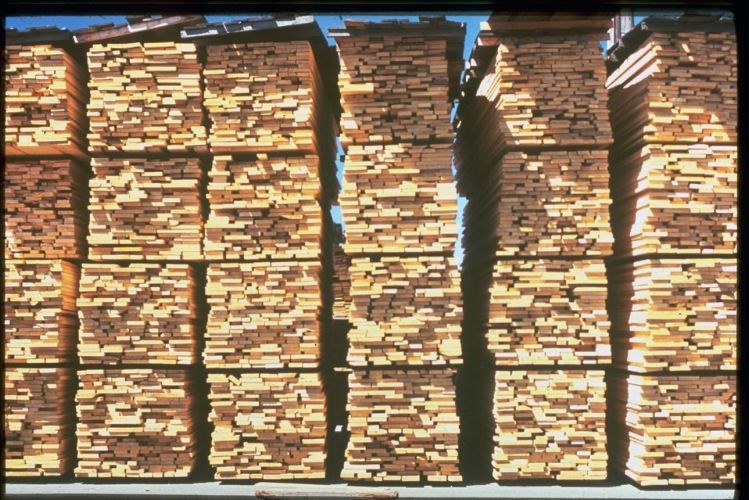 The forest industry is reeling from a flurry of economic blows, some global and some local.

The strongest sign of a sector in trouble is the number of mill closures, production curtailments and unscheduled or protracted shutdowns that have recently taken place at a large number of sawmills around the province, most of them in the interior.

The rural caucus of the opposition BC Liberal Party met in Prince George this week to make public their greatest concern: lack of action from the sitting NDP/Green coalition government.

The Citizen asked the Ministry of Forests Lands & Resource Operations for details on the government's plan of action and received no explanation.

The Prince George meeting was made up of MLAs from ridings outside the Vancouver-Victoria urban hives. Many of the MLAs in the opposition caucus are seasoned veterans of past governments who have experienced crises in the past. They contended that when economic problems hit communities in their day, there were actions taken to help.

This meeting was their chance to seize this moment for partisan positioning, but they also called to the NDP/Green government and the public to look past the electoral implications and focus on the grassroots effects of the forestry crunch. What was the evidence, asked the opposition MLAs, of any help for the thousands of people now out of a job?

"Given the forestry sector in B.C. is now in the middle of what can only be described as a crisis, the Official Opposition is calling on you (the sitting government) to take the following actions to address this situation," said a letter signed by opposition leader Andrew Wilkinson and co-signed by the official opposition critic for forestry issues, local MLA John Rustad.

With the letter came a list of five action items to help ease the effects on the displaced mill workers, and the even larger workforce of contractors and small companies that have also lost all income because the mills stopped working.

"It may not be visible but there are over a thousand people now that have been affected by closures or curtailments; there are 3,000 contractors affected; there are 3,000 on strike, now, on the island; and we need to have a response," said Rustad.

Set up a rapid-response Human Resources team to match displaced workers with whatever jobs might be transferable in other industries.

Establish dedicated mental health and social services channels in the hardest hit communities to deal with the waves of people now feeling the stress of making payments on big-ticket machines, paying the wages of their employees, not missing a mortgage payment on their own homes - all with the pressure of no income and few prospects for work anytime soon.

The fifth point is the one with the most practical action, and it addresses two critical issues at the same time. Rustad said, "this helps out the contractors in particular, but also some of the mill workers. Many communities have fuel load issues (woody debris that can exacerbate a wildfire) in and around interface areas. There could be a simple, straightforward program put in place to help wildfire mitigation, get some of that fuel off the ground," and put those idle forest professionals to work in the jobs they know how to do, while boosting community safety at the same time.

The chair of the opposition's rural caucus, Cariboo-Chilcotin MLA Donna Barnett, remembered that when mill closures happened in previous times "we went there.

They didn't have to come to us and say 'please help us' because we were there for them. The government knows we are here to work with them and help them, so it's time they stepped up."

Barnett said the silence from government was deafening, when she lodged the concerns of her riding with the ministers responsible. Times like these are not supposed to hinge on partisan concerns, she said.

"We get no response," she said.

"We may be the opposition, but I am their MLA (for Cariboo-Chilcotin residents) regardless of if they voted for me or not and you are disrespecting my constituents."