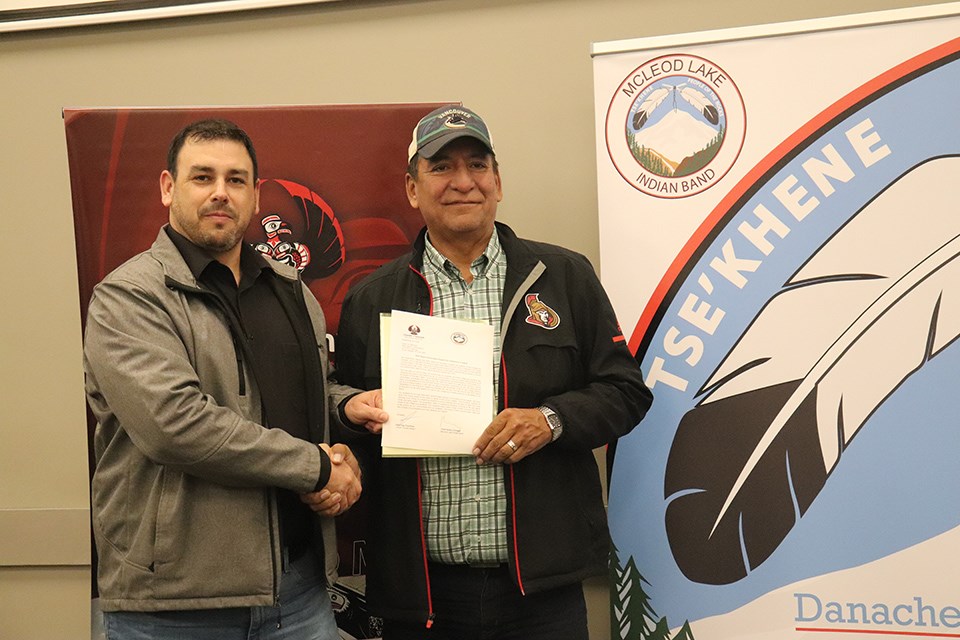 This comes more than a year after Dayi Clay Pountney first asked Prince George's district to support a designated Lheidli T’enneh seat at the table.

Now, both Nations are asking the SD57 to support their requests, which would see the board grow from seven trustees to nine.

“The only way our communities can ensure that our students and other indigenous students are receiving the support they deserve is for our communities to have a trustee making decisions at the board of education table,” Pountney said this afternoon (Sept. 29).

“Local Education Agreements and participation in committees and consultation processes only goes so far. We need and deserve a seat at the decision-making table and we believe it is time the SD57 Board of Education supported our call.”

SD57’s Board of Education already has two designated seats with one trustee position reserved for a representative from the rural communities of the Robson Valley and another from McBride.

The chiefs say they envision the requested positions to be similar, but would be elected through the band memberships.

“Going forward with the trustee position, we’ve had a lot of hurdles to go through and there’s been a lot of talks and not much action,” said Pountney adding they’ve been in communication with SD57 and the province regarding the change.

“I know for the province this is very precedent-setting so they are being careful as are the trustees, but this is why we are saying don’t be careful — this is the time to act.”

"Our members have made it clear to both councils that this is a key priority for our communities and our students. The future of both communities rests with the success and they deserve our support."

Pountney says Lheidli T’enneh and McLeod Lake align on many issues and are forming a closer relationship.

The two nations announced this summer a partnership to develop an industrial park north of Prince George.

“This has always been our territories and we’ve always looked after the people in it,” says Pountney. “This is how we move forward."

Chief Chingee and Dayi Pountney signed a letter requesting support to the Board of Education.

They say an appointment of the two trustee positions to the board are their communities' number one education priorities.

The Board of Education will meet tonight (Sept. 29) for its first regularly-scheduled public meeting of the 2020-21 school year.