The downhill psychological slide of a Lakeland Mills employee that ended when he committed suicide while in custody at the Prince George Regional Correctional Centre has been outlined in a coroner's report on the man's death.
Feb 27, 2014 6:43 AM By: Mark Nielsen 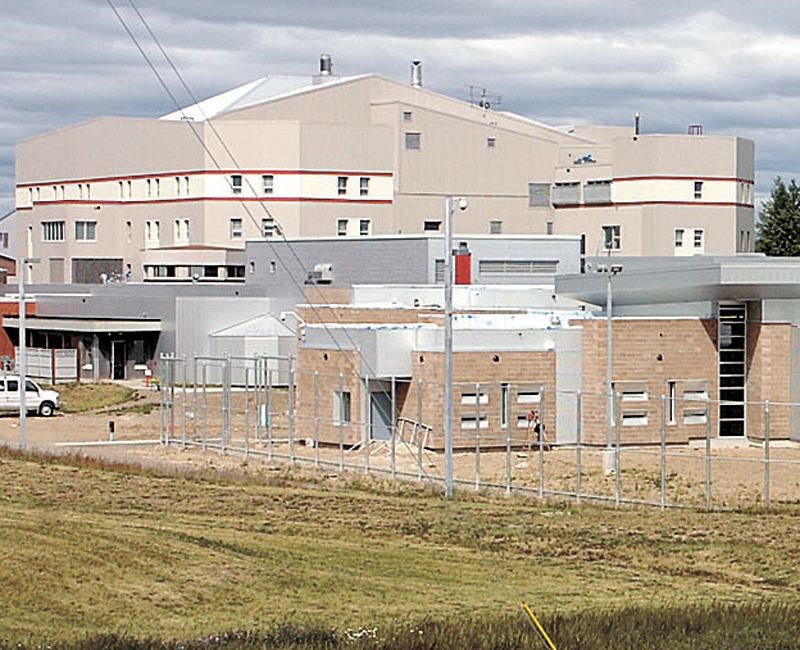 The downhill psychological slide of a Lakeland Mills employee that ended when he committed suicide while in custody at the Prince George Regional Correctional Centre has been outlined in a coroner's report on the man's death.

Paul Gerard Judge, 47, had no history of mental health or emotional problems and was not working at the time of the April 23, 2012 explosion but "his emotional state began to deteriorate following the event," said coroner Lynne Hyatt in a report made public this week.

Over the next several months, Judge sought help and at one point was taken to the University Hospital of Northern B.C. emergency ward because of suicidal thoughts but he declined to be admitted voluntarily and did not meet the criteria for involuntary committal under the Mental Health Act.

"He was prescribed an anti-depressant medication but did not take it as prescribed," Hyatt said.

On Dec. 17, 2012, Judge was arrested at a Faulkner Crescent home after police received a call of a shots fired incident from a nearby gas station where they found a vehicle with a single bullet hole in it. He was apprehended at the home without incident but not before smoke began billowing from one of the home's windows and firefighters were called in to douse the blaze.

Facing eight charges including two counts of attempted murder, Judge was taken to the local jail to await his next court appearance on Dec. 23, 2012. Following routine procedures at the jail, Judge saw a classification officer, a mental health screener and a nurse.

"He was noted to be apprehensive and anxious, but to all three, he denied any suicidal ideation or intentions," Hyatt said.

Later on the same day that he was taken to jail, Judge asked to be placed in the protective custody unit and his request was granted. And the next day, "because of his obvious anxiety," he met with a mental health coordinator.

Judge was found to be "vulnerable, anxious and depressed," but he denied any thoughts or plans for suicide. He was given a single bunk, which allowed him to have quiet time alone in his cell and he was scheduled to see a prison doctor and a psychologist on their next visit.

Since Judge had consistently denied suicidal thoughts and intentions, he was not placed on suicidal watch and was provided a plastic razor for hygiene in accordance with B.C. Corrections standard operating procedures.

The next morning, inmates in the protective custody unit were locked down in their cells because of staff training and were checked every half hour. Nothing remarkable was noticed about Judge at the 10:35 a.m. check but at the next check at 11 a.m., he was found on his hands and knees in a pool of blood.

Judge told medical staff he had slashed his neck with a razor and was taken to UNHBC by ambulance where it was found he had cut his right anterior jugular vein. "Despite aggressive medical care, his condition continued to deteriorate," Hyatt said, and four days after he was taken to UHNBC, Judge died at 4:10 a.m. on Christmas Day 2012. The charges against him were subsequently struck from the court list.

B.C. Corrections ordered a critical incident review and while it found all standard procedures were followed, seven recommendations were made, some related to staff response following the discovery of Judge's injuries.

"A key recommendation highlighted the need for a standardized suicide assessment tool, with appropriate training in its use provided to staff," Hyatt said.

The review also found a gap in communications, Hyatt said, in that while a note of Judge's "odd, flat effect" was entered on one computer system used by PGRCC's health personnel, it was not entered in the computer system regular correctional staff used.

"The review recommended that in future, any such warnings or cautions were to be placed on both systems so corrections officers, as well as health professionals, were aware of any potential issues with an individual prisoner," Hyatt said.

All seven recommendations have now been implemented, Hyatt said, including development of a list of factors to consider when assessing an inmate's risk for suicide and, along with an accompanying guide, are being distributed to all B.C. Corrections mental health professionals.

Hyatt classified the death as suicide and made no recommendations herself.