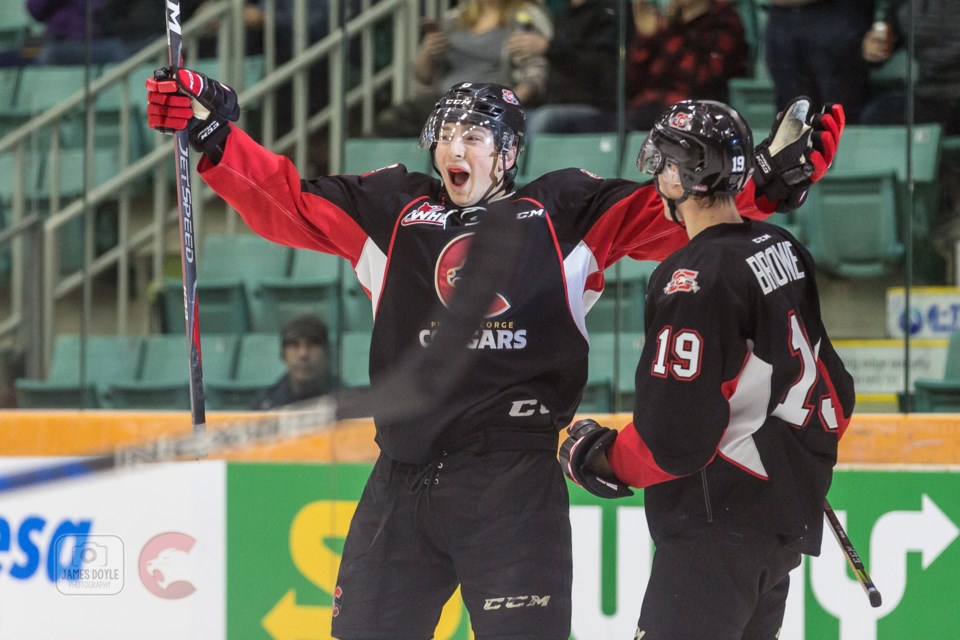 The Kelowna Rockets took home their first win of the season, beating the Prince George Cougars 5-2 Saturday night (Sept. 29) at the CN Centre.

The Kelowna Rockets were off to a fast start Saturday, scoring three goals before the 10-minute mark of the first period with their three first-period goals coming after they failed to score in the first period in their previous four games.

Both of the PG goals came from defensemen and two of the Cougars' rear-guards are inside the top four in team scoring. Schoettler is second in team scoring with a pair of goals and four points, and Joel Lakusta is fourth with three assists.

The Cougars are off until next weekend when they face another B.C. Division foe in the Vancouver Giants, in a weekend doubleheader on Oct. 5 and 6  at the CN Centre. Puck drop is 7 p.m. for both games.