What to do with a man caught selling drugs in the vicinity of a local social agency was a source of contention during a sentencing hearing Tuesday.
Apr 20, 2021 3:13 PM By: Mark Nielsen 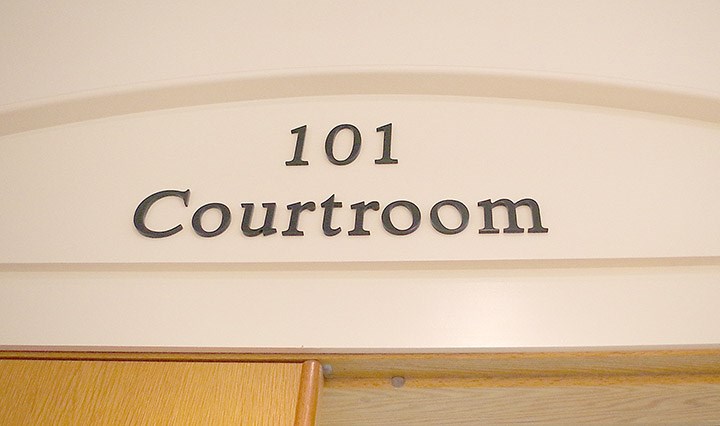 The entrance to Courtroom 101 at the Prince George courthouse. John Deacon Q.C. courthouses.co

What to do with a man caught selling drugs in the vicinity of a local social agency was a source of contention during a sentencing hearing Tuesday.

Dean Peter Alexis, 44, faces as much as a further 10 months in jail and as little as time served followed by probation under the options presented by Crown and defence counsels during a hearing at the courthouse.

Alexis was arrested on Oct. 6, 2018. The day before, he had sold 0.21 grams of cocaine and 0.15 grams of fentanyl to a pair of undercover police officers he encountered at the St. Vincent De Paul Society drop-in centre on Second Avenue at Dominion Street downtown. He returned the next day to exchange the cocaine for 0.1 grams of heroin-fentanyl after reloading on that drug.

Crown prosecutor Angie Murray argued for a sentence of 2 /12 to three years less credit time served prior to sentencing. As of Tuesday, that stood at 788 days.

In doing so, she emphasized the dangers fentanyl can pose on users and the number of deaths the drug has exacted in the last few years, both across the province and in Prince George.

She also stressed Alexis' extensive criminal record of 19 convictions. Although most were for breaches of conditions, it also includes convictions for break and enter, possessing stolen property, assault as well as for one count of trafficking for which he was sentenced to 50 days.

Alexis was on probation at the time of his arrest, it was also noted.

Defence counsel Donna Turko argued for time served followed by an unspecified period of probation. She described Alexis' actions as being at the lower end of the scale in terms of the amount of drugs sold.

He was selling the drugs to "fund his own addiction," the court was told, but whether Alexis is willing to go seek counselling and treatment related to drug addiction was a question.

According to a pre-sentence report, he had attended a treatment centre in the past but was expelled and has maintained it would be a waste of time since he has remained clean and sober since he was remanded into custody.

However, when asked during the hearing Tuesday, Alexis said he has "looked into" attending a treatment centre.