Two Treaty 8 First Nations are calling for a meeting with B.C. Premier John Horgan and are promising a $1-billion lawsuit if his NDP government gives the green light to finish building the controversial $8.9-billion Site C dam.
Nov 22, 2017 10:36 AM By: Alaska Highway 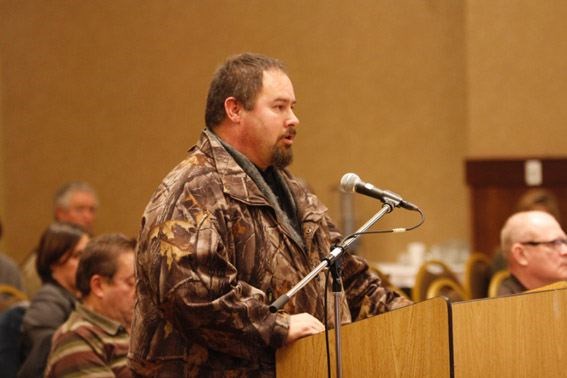 Two Treaty 8 First Nations are calling for a meeting with B.C. Premier John Horgan and are promising a $1-billion lawsuit if his NDP government gives the green light to finish building the controversial $8.9-billion Site C dam.

The West Moberly and Prophet River First Nations say they'll have no option but to seek damages for treaty infringement if the BC Hydro project, now two years into construction, is allowed to continue as planned. This, after a two-hour meeting with provincial energy and indigenous relations ministers Michelle Mungall and Scott Fraser in Fort St. John last week and the BC Utilities Commission report on the economics of finishing or shelving the project.

"They're talking about the cost of shutting down and those are the only concerns that they have. They need to also be aware that if they proceed, we will be filing an infringement (claim)," West Moberly Chief Roland Willson said.

"The cases up to date have all been about consultation. (The government has) crossed their Ts and dotted their Is on the consultation file, according to the courts. We don't agree with that, but the question on infringement has never been asked. That's the next question."

The utilities commission report - which found Site C $610 million over budget and a year behind schedule, and raising concerns for further overruns and delays - was a damning "last nail in the coffin" for the project, Willson said.

The two nations are basing the $1-billion price tag of a lawsuit on a $225-million land claim settlement reached between the Quebec government and First Nations over hydroelectric development at James Bay in 1975. The numbers have been adjusted for inflation.

"Right from the very beginning, we tried to discuss alternatives, solutions to this. That's part of what the consultation record should be about. When they come to us and say, 'Were interested in building Site C, what do you think?'--that was never the case. They came to us and said, 'We're building Site C, here's your compensation for it, now get out of the way.'

The two nations have invited the premier to the region to meet with their communities for a feast, and hear from elders and leaders about the impacts Site C would have on them. A reply has yet to be received, they say.

"For us to sit together would only be proper, politically," Willson said.

"He's got unions yanking on him but he needs to understand the effects of what's going on here and how it's affecting a promised way of life, a constitutionally protected way of life."

The premier's office confirmed it has received the invitation, but that Horgan is unable to meet with the two nations. A spokeswoman noted Mungall's and Fraser's visit last week, and deferred comment to Mungall's ministry.

In a statement, Mungall did not address the threat of a lawsuit directly. Mungall did, however, say she and Fraser are bringing First Nations views they heard during their visit here back to their cabinet colleagues, expected to issue a final decision on Site C by the end of the year.

"The provincial government will make a decision on Site C that works for families, First Nations, businesses and the sustainability of our environment and economy," Mungall said.

"As part of that commitment, British Columbia met directly with Treaty 8 members, including West Moberly and Prophet River First Nations, last week. We attended meetings to listen, and to discuss issues as they relate to Site C.

"We are bringing First Nations perspectives back to the provincial cabinet. The Treaty 8 meetings were only part of our work to evaluate a very difficult decision that needs to be made - one we anticipate making by the end of the year," Mungall said.