Fear puts the shine on gold for mining investment 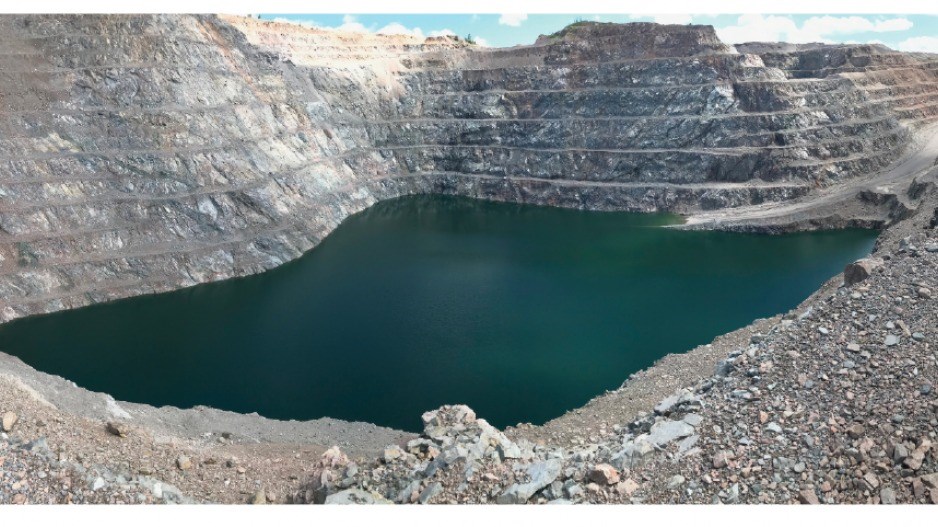 The Springer pit, one of several deposits at Mount Polley copper mine site, was used for temporary water storage and will have to be drained before mining restartsGlacier Media photo by Nelson Bennett

When Imperial Metals (TSX:III) shut down its Mount Polley copper-gold mine in May 2019, it wasn't because of the tailings pond failure it suffered in 2014.

It was more about prices for the copper produced by the mine, which had restarted after the dam breach. Copper had fallen below the US$3 per pound mark that mines like Mount Polley need to operate at a profit. The mine, which went into operation in 1997, had shut down before, in 2002, when copper prices tanked.

So when will Mount Polley restart? It's a question that Imperial Metals CEO Brian Kynoch says he gets quite a lot these days, as he did the last time the mine shut down in 2002:

There are only about seven years of economically recoverable ore remaining at Mount Polley, so the company not only needs sustained higher copper prices, but it is also having to explore for another deposit that can extend the mine's life.

"It all depends on prices," Kynoch said. "We probably wouldn't have closed if the price had stayed above $3 [per pound of copper]."

So what about those prices? And what do they mean for B.C. mine owners?

Copper has rallied, and gold and silver are in the "early innings" of a major bull market, according to Rick Rule, CEO of Sprott U.S. Holdings.

He predicts the current precious metals bull market will be followed by a significant base metals bull market, but not for at least a couple of years. On copper, specifically, he hastens to add, "So far, I've been wrong."

Copper prices have exceeded his expectations. They recently hit US$3 per pound, for the first time in two years, thanks in part to economic stimulus in China and fears of production cuts in South America, due to the COVID-19 pandemic.

Gold, meanwhile - that useless metal that Warren Buffett has long abjured but is now buying in the form of US$560 million in Barrick Gold (TSX:ABX) stock - is on a tear. Silver can be expected to follow.

Gold recently hit all-time highs of US$2,000 per ounce, which may help some B.C. copper miners, since many of the copper deposits here also contain some gold and silver. Copper miners can sell off gold and silver streams to help finance copper mine expansions or restarts.

The current precious-metals bull market is being driven by fear. Low to zero interest rates, quantitative easing and government deficits suddenly ballooning with pandemic relief spending all add up to devalued currencies, including the U.S. greenback, Rule said.

Gold and silver have long been the redoubt of people wanting to protect their savings, which translates into sudden increased profits for companies with producing gold and silver mines. Patricia Mohr, former commodities analyst for Scotiabank, points to Buffet's purchase of Barrick Gold stock as one indicator that gold could hold its value for some time.

"I do think that the price is likely to remain quite high for gold for a while, really because of a lot of geopolitical risks, particularly in places like Hong Kong, and the because of the U.S.-China trade dispute," Mohr said.

"The US dollar, which had been very strong until quite recently, on a trade weighted basis, has begun to fall. And so that is typically a positive for gold, but also for commodity prices generally."

As for base metals like copper, Rule thinks it will be a few years before global economic recovery results in a bull market for copper. But when it does come, it could be big, because there has been an underinvestment in what he calls "stuff of life."

"If we continue with a slowdown associated with industrial metals, we are setting ourselves up for one of the greatest resource bull markets of my life," Rule said.

Mohr is fairly bullish on copper - uranium as well. All major economies are trying to spend their way out of a global recession, and when China does that, it puts the shine on copper, since China consumes about half the world's supply. Also, many governments are pushing green economic recovery plans that could boost demand for copper in things like electric vehicles.

"I think that, by the middle of the decade, the actual global supply/demand for copper will be quite tight," Mohr said. "And it's partly because there are a lot of new applications for copper in high tech industries, for example, in electric vehicles, in autonomous vehicles, in solar and wind power."

If copper prices remained around US$2.90 per pound, that could make it economic for mothballed copper mines in B.C. to restart. (In addition to Mount Polley, Imperial Metals' Huckleberry mine is also shut down.)

"Three bucks, give or take, on copper, you could see mines on care and maintenance reopen," said Michael Goehring, CEO of the Mining Association of British Columbia. "A [US] $3.50 copper price will incent new mines to open."

"If today's copper price holds up - I don't think it will - but if it holds up, and you can sell the gold stream, and you can take advantage of artificially low interest rates," Rule said. "It's a wonderful circumstance."

He added that the current precious metals bull market, and the one to come for base metals, is not just good for B.C. miners - it's also good for Vancouver, which is a global mine financing hub.

"The biggest mining industry in B.C. isn't mining," he said. "It's mining services and mining finance. There's more mining related employment in Vancouver than there is in the hinterlands and Vancouver is an absolute epicentre.

"If I'm right about the fact that extractive industries have not just the gold bull market in front of them, but really two bull markets, that could be very attractive."