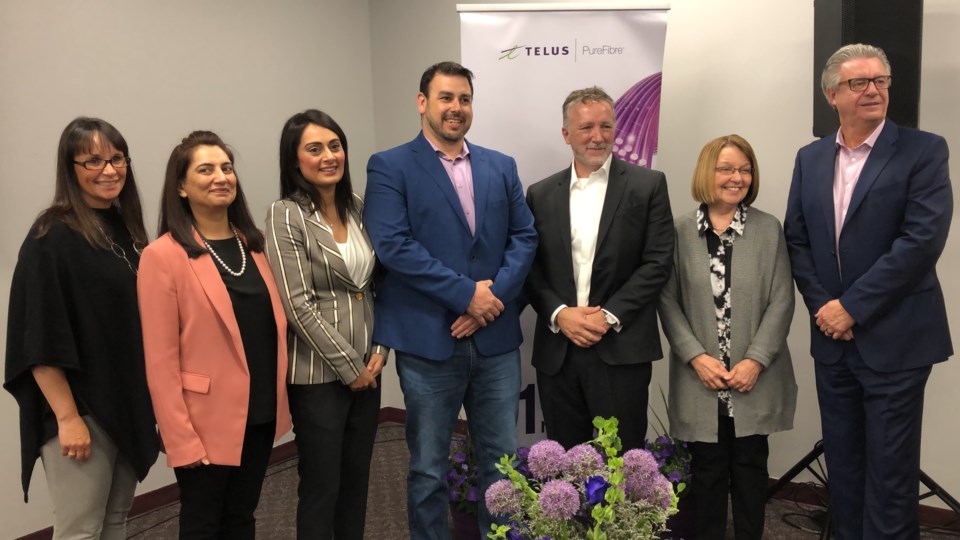 Faster internet. It’s a thing everyone wants whether it be on the job, watching television, playing games, streaming music, or even to video-conference your doctor.

This is something a Canadian telecommunications giant wants to mitigate over the next three years by investing $150 million for high-speed internet that will span Prince George, Lheidli T’enneh reserves, and northern B.C.

“There is a set schedule for the build and that schedule has been working in coordination with city staff,” said Shazia Zeb Sobani, TELUS Vice-President of Customer Network Implementation. “This is to make sure we’re prioritizing the areas that are most in need for connectivity.”

The project is ensuring 5G technology by the upgrade’s completion in the early months of 2022, though there is no official timeline for groundwork yet as local terrain and winter weather will be taken into consideration.

“We’ve been working the last little while with a lot of local officials residents with the shared vision that we want to make this region the most connected region in all of North America,” Sobani added. “This will allow us to connect 90 per cent of homes and businesses in Prince George and the Lheidli T’enneh territory. And, at the same time, we’re setting a very strong foundation for future technologies.”

The expansion and upgrades will specifically reach as far as the north side of the Lheidli T’enneh First Nation’s Fort George 2 reserve, much to the delight of Chief Clay Pountney.

“We’re building a better world for everybody and that includes our nation,” said Chief Pountney. “Just this year, we’ve hosted two live podcasts for some of our events and that wouldn’t be possible without high-speed internet. Our members living elsewhere have been very appreciative of watching our broadcasts on laptops and mobiles using the high-speed service.”

Mayor Lyn Hall spoke about public safety with the investment, which will also eclipse $350 million in northern B.C. fibre-optic upgrades by TELUS since 2013, explaining having high-speed connectivity is important to the city, especially when it becomes a hub for displaced residents by natural disasters.

“That amount of money and that technology that’s being introduced into our community really helps us. In 2017 and 2018, we had horrific events where we had about 13,000 evacuees come to our city [via wildfires]. One of the things we struggled with is communication to the outlying areas to notify them or to wildfire services in B.C. that they had to evacuate. This is a huge piece of the puzzle for us now when it comes to public safety.”

Collaboration with the B.C. government also came into play with the decision for TELUS to expand its services as Prince George-Valemount MLA Shirley Bond touched on the region’s competitive market in the province.

“It translates to jobs and it translates to growing the economy,” she said, while also adding TELUS’ generosity to give to where they live including the northern capital. “This is the tool we need to do that. It gives us a great deal of hope for us as residents of northern British Columbia. I love it when we can say that going to be equal or, much-preferred better, than the lower mainland of B.C.; that always makes me feel good.”

According to TELUS, the groundwork will include employees going door-to-door explaining its plan to local residents that will be affected by the upgrade.

While nothing is in stone yet, the possibility of a community newsletter from the company updating customers on when their area is complete was discussed at the Civic Centre.

.@shirleybond floored by $150M investment, says this is about diversifying our knowledge-based economy. “TELUS gives generously, not just money, but to the people as well.” | #CityOfPG @TELUS @PGMatters pic.twitter.com/Kw6XUOvHL1