Local farmers need more support from the provincial and federal governments and local governments need to lobby for that funding, said a community report to city council Monday. Councillors voted unanimously to put a resolution before the Union of B.
May 31, 2016 10:03 PM By: Samantha Wright Allen 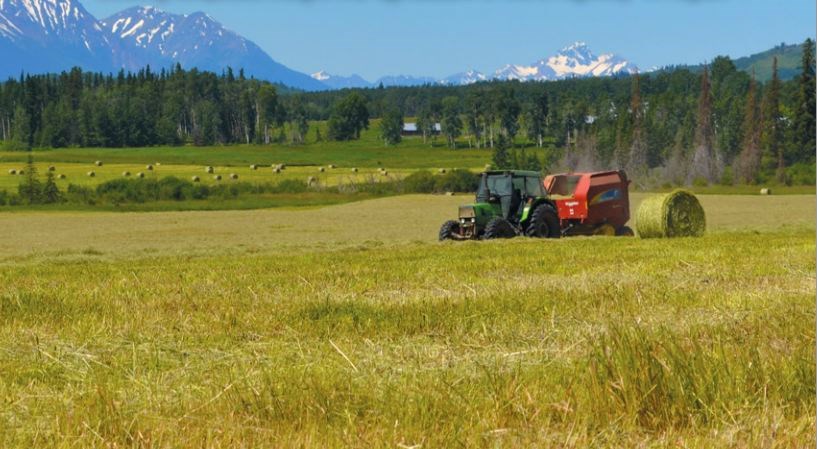 Local farmers need more support from the provincial and federal governments and local governments need to lobby for that funding, said a community report to city council Monday.

Councillors voted unanimously to put a resolution before the Union of B.C. Municipalities to advocate for better service for agriculture businesses.

A proposal by the Prince George-based Beyond the Market, which developed projects along Highway 16 since 2010, said B.C. farmers face unique circumstances.

The biggest gap with B.C. farmers comes down to age. On average they are 56 years old, which is higher than all other provinces and that age is rising.

B.C. also has the lowest percentage of farmers under 25 years of age in Canada, the report said.

"When we pair this generational gap with the complex challenges of farm land values, changing markets, and evolving technology and science, it becomes clear that in order for the agriculture sector to develop and grow viable businesses (that create jobs), the province of British Columbia needs to make strategic investments into opportunities for new and young farmers," said the July 2015 report by Jillian Merrick.

Merrick wrote it as a program coordinator for Community Futures Fraser Fort George, before she became a city councillor.

She recused herself from the council vote.

The extension services approach helps bring new research, methods, technical and scientific support to the front-lines and are offered in a way that the farmers can use on their land.

Those services were especially needed for those in smaller and medium-size farms, said a March 2015 report by Real Estate Foundation of B.C.

The foundation also pushed for better policy and regulation to reduce land speculation and focus on more food production on under-farmed agricultural land.

In the fall of 2014, it held consultations focusing on six regions, including a meeting in Prince George. Northern farmers are missing out on mentorship opportunities and had problems with storage and processing, the foundation's report said. And, there simply aren't enough food producers, with very few new entrepreneurs entering the industry.

A few months before Food Secure Canada published a B.C. report as part of its nationwide New Farmers Initiative.

Many of the food and agriculture organizations it interviewed stressed the need for face-to-face interaction and on-site visits for production support.

Farmers face a number of barriers, in both the early stages and once production is up and running it said. That includes land access, few financing opportunities for start-ups, and not enough knowledge for new and old alike to grow their businesses - which falls under the extension services.

It suggested a few national solutions, like a pension fund, new farmer microloans and grants, an employment subsidy program, and localized funding for regional or community-based organizations.

Beyond the Market hopes to lobby for long-term support, to move away from the "patchwork of partners" that has funded its projects to date, alongside its core supporters: the regional districts and the Omineca Beetle Action Coalition.

While the group has seen interest from farmers to expand operations beyond the stretch of Highway 16, the one Prince George-based office and diverse needs at the local level, it is too challenging with limited resources.

"We also recognize that agriculture is a direct responsibility of provincial and federal governments, yet our local governments have shouldered the majority of the financial cost of the Beyond the Market program," Merrick wrote.

So far, any funding from B.C. or Ottawa has been "largely inconsistent and targeted at one-off projects," which creates "a greater need for targeted, long-term, resources that support stable, consistent coordination services which are essential to the viability of community based extension services, or programs like Beyond the Market."

The goal would be to have one part-time provincial coordinator supporting six coordinators in designated regions: Peace and north, Highway 16, Cariboo and central, Kootenay and Kelowna, Lower Fraser and Island and South Coast.