He was diagnosed with prostate cancer in February 2019 when he was 73 years old and just completed his final treatment this past January. Throughout the process, Glen Schierer kept a positive attitude and reached out for help when he needed it.
May 16, 2021 5:55 AM By: Christine Dalgleish 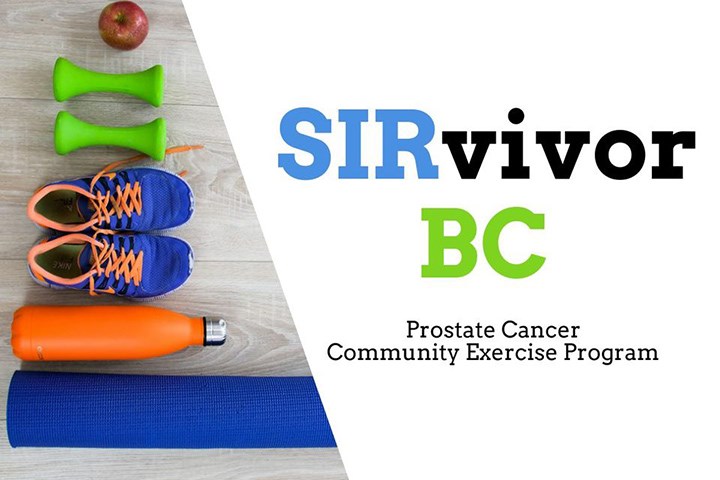 He was diagnosed with prostate cancer in February 2019 when he was 73 years old and just completed his final treatment this past January.

Throughout the process, Glen Schierer kept a positive attitude and reached out for help when he needed it.

One program that was especially beneficial to Schierer was the 12-week SIRvivor BC prostate cancer exercise program, which is a virtual project that brings men from all over BC together to share their experiences and get some exercise twice a week.

The program is presented virtually because of the pandemic, which is ideal for anyone in the north who wouldn't ordinarily be able to attend in-person sessions not in their community.

Schierer said when he first started he could do two pushups and by the end of the session he could do six. He also progressed with band work going from the weakest band to the strongest within the 12-week period as well.

"What I found was my coordination and my balance improved immensely," Schierer said. "Lisa (Neukomm) is a great instructor and I was amazed at how engaged you could become with people when you're doing this virtually."

Along with the increased physical benefits is the connection with others that is also beneficial to those who share something in common.

"It gives men at any age the opportunity to connect with others going through a similar journey," Lisa Neukomm, BCRPA, registered personal trainer, community health/CanRehab Cancer and exercise certified, said.

"It doesn't matter where they're at within their journey - it doesn't matter if they were diagnosed 10 years ago or have a current diagnosis, just completed treatment or going through treatment."

The platform is there to do a little socialization to build a sense of camaraderie while participants are doing their exercises, she added.

"They start early so we can chat amongst ourselves because we all have something in common and that's prostate cancer," Schierer said. "You get to know these guys after a while so we kind of kibitz and tease each other. It works out well."

Schierer has been involved with all three programs that have been made available and numbers of participants are growing as there is more awareness of the service.

Schierer is glad about that because there's a man from Fort St. John who he knows wouldn't be able to attend in-person sessions because they wouldn't be offered in his town.

So the more participants the better, he said.

"For the north country virtually is actually better," Schierer said. "So we've got guys from Vancouver Island, from Burnaby and Coquitlam - there was even one from Dunster. We all fit together pretty good. We all started yakking and now it's started to grow and now we correspond back and forth via internet with each other and send out information too. I think for the north country I think it's going to be something they have to continue to do virtually because the guy in Fort St. John can't drive down here twice a week to do an exercise program."

The men are encouraged to use whatever they have in their homes by way of exercise equipment. Schierer used the four paces forward, four paces back method to increase his heart rate during the cardio sessions.

For strength training, it's resistance to their own body weight and band work. It's a circuit style system of exercise where the men do one to three sets of exercise and one minute of cardio between the different exercises.

"It's important that each person work within their own abilities and limitations," Neukomm said. "The goal of SIRvivor is to create a sustainable and accessible community-based exercise program for men with prostate cancer. We do our best to create an environment that's fun and accessible to all levels, providing different modifications and challenges for those who might be a little bit more able bodied. It really depends on where they're at in their cancer journey as well."

Schierer said he was lucky because the doctor caught his cancer early and so he is grateful that he did not have to have a radical surgery to stop the cancer as others in the groups have had.

When participants first start the group, they are assessed to see where they're at with their fitness. Then a plan is created to suit their needs and limitations where exercises that are easily adapted are done, he added.

"This program is so beneficial, I know on the days I do the exercise session I find that night I sleep a lot better," Schierer said. "And I know we all look forward to it."

Each year in British Columbia approximately 2,800 men are diagnosed with prostate cancer.

The program was successfully piloted in BC, Calgary and Halifax and results showed men improve their body composition, flexibility, dynamic balance and muscular endurance.

For more information visit the Sirvivor page or the Facebook page.